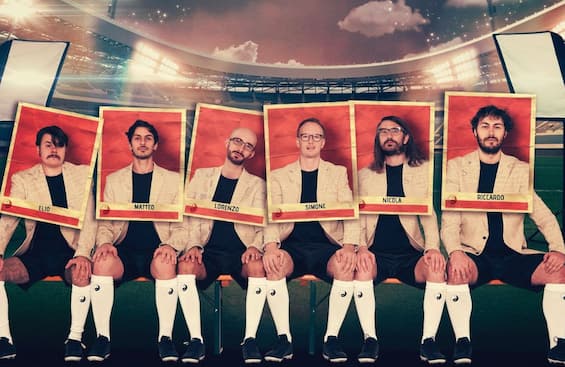 A new, last date is added to the long stadium tour: Saturday 9 September 2023, the Nuclear Tactical Penguins they will perform at RCF Arena in Reggio Emilia (ex Campovolo). Eleven dates overall, from North to South to the islands, to meet fans of all ages in an embrace of hundreds of thousands of people. Five dates already sold outtwo new singles, Young WannabesItalian song most listened to on radio in 2022 according to Earone Airplay Report, 4x Platinum, and MemoriesDouble Platinum – which are already instant classics, long at the top of all charts and a highly anticipated new album, Fake News, certified Platinum in just four weeks. This is just a small parenthesis of the incredible season of successes for the Nuclear Tactical Penguins, which announce a new very important stage at the RCF Arena in Reggio Emilia.

The opening of presales for the new date of 9 September it is scheduled for Friday 13 January at 11 on the Ticketone and Ticketmaster circuits. For all those in possession of one or more tickets for stadium concerts, it will be possible to purchase tickets for the show at the RCF Arena – Reggio Emilia (Campovolo) at an exclusive and dedicated sale price. More information at the link www.magellanoconcerti.it.
Hundreds of thousands of tickets have been sold in the last few months alone to attend the enthralling show of a band that has been collecting record numbers for over two years and that will color the summer with an incredible tour, organized and produced by Magellano Concerti, giving us the story of an always uphill career, which never wanted to forget its starting point. Eleven then the overall stages, who consecrate the journey of the six boys not only as a band, but as a team that over the years has been able to make the choral game its strong point: a team that has managed to conquer ever larger spaces in the hearts of people and cities, and that she is ready to play her championship. The tour will start from Parco San Giuliano Mestre (VE), for a major event in collaboration with the city of Venice.