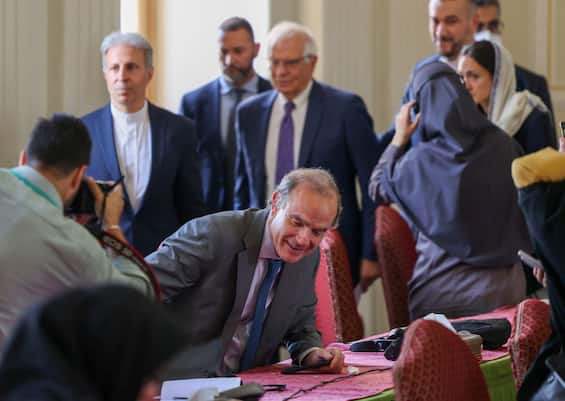 The European Union presented a “final text” at the Vienna talks to recover the 2015 agreement aimed at curbing Iran’s nuclear ambitions. This was stated by an EU official speaking on condition of anonymity. “We worked for four days and today the text is on the table”, he said, specifying that “the negotiation is over, it is the final text and it will not be renegotiated”. “We are not at a stage in which we can speak of a finalization of the text”, however, a diplomat from the Iranian Foreign Ministry immediately replied, specifying that “some discussions on outstanding issues continue and the outcome of the talks will depend on the determination of the other parties. to take political decisions on the proposals already present “.

The reopening of negotiations

Negotiations between the United States, Iran and the European Union, with Brussels in the role of coordinator, resumed by surprise last week in Vienna after the many months of stalemate following the decision of former US President Donald Trump to abandon talks with the state Middle East to limit its uranium enrichment policies. Playing a fundamental role in this regard was the EU High Representative for Foreign Affairs, Josep Borrell, who convinced Tehran to sit down again at the negotiating table despite the request to suspend sanctions on the Revolutionary Guard, the Iranian paramilitary organization , has not found an answer from the White House.

After the breakdown of negotiations in 2018, Iran broke away from the obligations enshrined in the agreements and started to enrich uranium again. The enrichment rate, which in the joint action plan was set at 3.67%, has now reached 60%: a quota sufficient, according to experts but also for the Iranian state itself, to build an atomic bomb. In mid-July Kamal Kharrazi, adviser to Ayatollah Khamenei, Supreme Leader of the country, had already made it known that “Iran has the technical capacity to build a nuclear bomb but there has been no decision to build one”. Words echoed a week ago by Mohammad Eslami, head of the Atomic Energy Agency in Tehran.