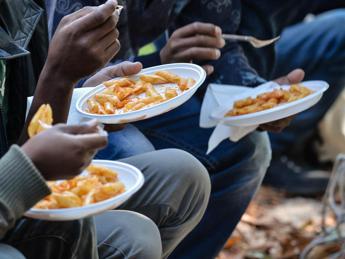 Food, nowadays, seems to be everywhere: it is produced in sufficient quantities to feed 12 billion people. But there is a figure that is far from reassuring, that on people suffering from hunger: according to the FAO, in 2021, those who suffered from it were between 702 and 828 million individuals. Between these two opposites, there is the data on food waste: almost a third of food is thrown away without being consumed. On the occasion of World Food Day on October 16, Slow Food denounces the absurdities that characterize the way food is produced and consumed.


“World Food Day can only hinge on the theme of equity: we live in an age in which people are still dying of hunger. And such an unbearable observation becomes even more hateful when it becomes clear that people are not starving for food scarcity but because of poverty. It is poverty that determines the denial of the right to survival “, says Barbara Nappini, president of Slow Food Italy.

“The dominant food system today is the mirror of a world that thinks backwards, that acts on the basis of profits instead of rights, that promotes exploitation instead of well-being. What has to do with the production of food is a sector that collects huge investments, but which does not produce economic repercussions on the weakest links in the chain, on small-scale farmers and ranchers, and which leaves tens of millions of people to starve to death “.

Slow Food also denounces how the most widespread methods of food production today impoverish resources instead of protecting them and how the food industry no longer has links with places or with the seasons in a system dominated by intensive farming, huge monoculture fields, seeds managed and sold by a handful of multinationals. Meanwhile, the consequences of international tensions have triggered a spiral of inflation that is having, and will increasingly have serious consequences on the food security of the poorest: the reduced economic availability of families will lead to favoring low-cost, often less healthy and less nutritious and hiding the exploitation of labor or the use of chemistry.

But there are also those who fight to keep the seeds in the hands of those who produce food, fight land and water grabbing, raise animals in an aware and respectful way. “Promoting a healthy food system requires an investment: more than an economic one, an investment in will is needed. Will of those who have the task of governing Italy or representing it in Europe: without letting themselves be tempted by the glitters of agro-industry, editing genetics and GMOs, from synthetic chemistry or from the illusion that the environmental crisis can only be resolved through technology. Will and competence are needed, the ability to listen and be inspired by those who produce it to nourish, not to enrich oneself at the expense of someone else “, concludes Barbara Nappini.