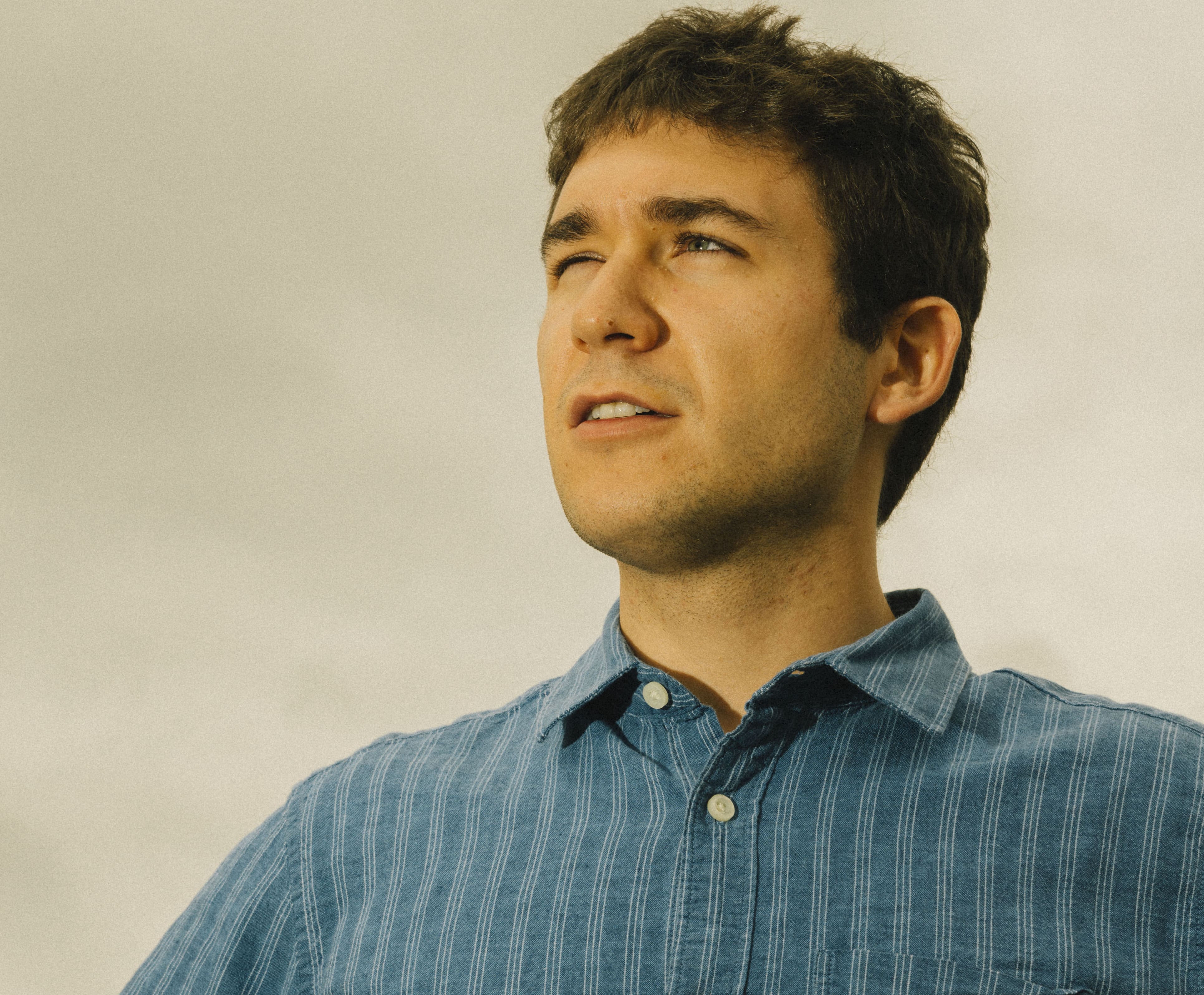 Slowly is the first work of Nuvolari, born Matteo Pisotti, from Piacenza, who presents himself with an album that wants to be a tribute to the slowness, to the quiet rhythms of those who are not afraid to take their time in a world that seems to go faster and faster. Slowly is a sequence of calm songs that take the form of reflection in music: adulthood, travels to Europe and the discovery of new scenarios, all filtered by the gaze of a boy who grew up in the Emilia province who discovers the frenetic rhythms of the life of city. His next concerts will be on November 19 to Monk from Rome and then toOff Topic from Turin on December 10th.

Matteo let’s start from the history of the album: how was it born?

They are songs from various dates, the oldest are three years old but all were written before the covid. The lockdown slowed us down because it blew up when the recordings started but it also allowed us to work more, over time, on the same songs.
The graphic collaboration with Antonio Pronostic?

It was proposed to me by Bomba Dischi. The idea was to accompany the releases with an illustrative side that reflected the songs and writing style. Antonio created a parallel story with illustrations, a different point of view from the songs.
Are Brazilian influences a characteristic of those who grow up along the Po? I am also thinking of Gaia Gozzi.

There are times when the Po seems exotic in summer. For me those rhythms have a great influence in musical writing, I discovered them a few years ago and I listened to them. It was a lightning encounter, I saw certain melodies from another perspective.
L’Arizona is provincial life not working? Do you really need a spaceship to meet a comet or just binoculars?

Binoculars are enough for ordinary people, not for me. The song is not about the province but complains about something wrong, the interpretation can be different for everyone. It does not decline a provincial dimension for me but being in society. It has a social rather than a geographical aspect.
What’s in your rectangle of sky today?

More serenity now that the record is out, I want to play, I’m calm. It is my first record but the previous months have been invaded by thoughts and a little noise that disappeared with the release.
Moreover, the sky is a recurring theme of your music: do you live with your head in the clouds?

Nuvolari does it suppore but I chose the name because I was in love with the song by Lucio Dalla. I know little about engines but the story of the man Tazio Nuvolari is extraordinary. That period of Dalla was enlightened.
How do you say everything without saying anything? Is one song enough?

I ask it too, I don’t have an answer. There is the impression that sometimes two people communicate better even without using the word. It is more the feeling that binds, it is not seen but perceived.
It is uncomfortable to say I love you because you are afraid of finding yourself in the mood of Ten thousand?

Enough. I have always been shy, difficult in itself to open up. The music is light-hearted but the lyrics are deep and the fear of a further deterrent afterwards.
The sense of time and spaces to be traveled, even on a daily basis, are recurring themes: are they a cause for anguish for you?

Not of anguish, when we are immersed in a routine spaces and times change according to how we are. I went from Piacenza to commute to Milan and then to live in Milan, then a period of study in Paris and then the lockdwon: I like to tell how I am in relation to the moment I live.
L’Emilia seen from afar has bamboo houses and vanilla skies? Is it psychedelic?

It is an idealized view. I wrote it in Paris with homesickness, so it’s an idealized house as a child sees it, sweet like Hansel and Gretel. But, I stress, the song is not about Emilia but about nostalgia.
Do you think it is possible to really know a woman or do you really never know her?

It is possible, it is very possible even if that of the woman is a wonderfully complicated world. But it is an open world. We need to find the right key.
Now do you know if you are millennial or Generation Z?

Unfortunately, I am a millennial and I have to abandon the idea of ​​further youth. I’m not Generation Z because I have the interests of millennials and I’m sleepy at 11.30pm, which doesn’t happen at GZ.
What feelings did you have after the first two lives and now what will happen?

In Bologna and Milan I found a warmth that I did not expect, I played after a long time and it was exciting and fun. Now I have two more dates in Rome and Turin. We go more relaxed having already done two concerts but also accompanied by the warmth received. We will see that it will happen in 2022, the desire is to set up a capillary tour in Italy but if there are the right conditions.