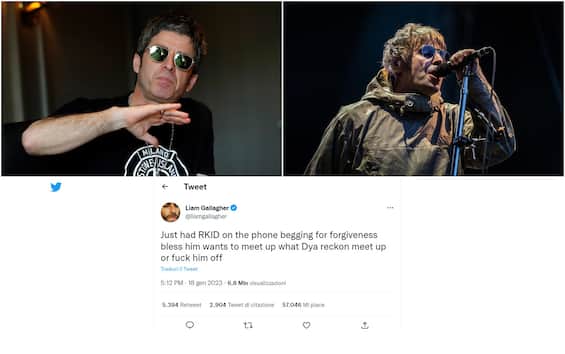 It’s the news that Oasis fans have been waiting for more than a decade. There is no official announcement, but only openings that bode well: a reunion of the group could be close. The Gallagher brothers, in fact, could be ready to make peace after the breakup that took place in 2009, following a fight backstage at Rock en Seine in Paris. Signs of rapprochement have come both from Noel (in an interview) and from Liam (via social media).

The first to speak was Noel Gallagher. During an interview with BBC Radio Manchester, in which he announced the release of his new album for June 2 Council Skies, seemed open to the Oasis reunion. “An extraordinary set of circumstances would be needed, but it doesn’t mean that these circumstances cannot come about. Never say never,” he said of a band comeback. Words that immediately ignited the hopes of the fans, given that Noel in the past has always been the least open to the subject. Only last October, for example, he had declared that he considered a reunion “not very sensible”.

Liam Gallagher: “What do I do, meet him?”

Noel Gallagher’s opening was immediately picked up and relaunched by several people on social media. To the point that even his brother Liam, through Twitter, said something about him. “I just heard my brother on the phone begging me for forgiveness. He wants us to meet. What do I do, meet him or send him to fa *** o?”, He wrote with his usual irony. A message that made fans even more crazy. Among the comments, also that of Graham Coxon of Blur: “Do it.”, He commented him. Same suggestion posted by thousands of people, who are now waiting.