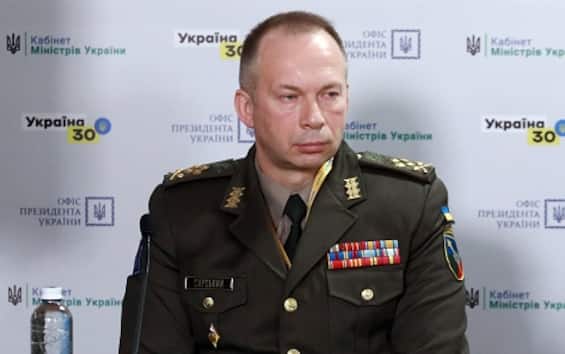 Oleksandr Syrskyi, 57, has been in the Ukrainian army since 1990. Since 2019 he has been commander of the ground armed forces. He is the architect of the victory in Kupiansk, a strategic hub snatched from the Russian soldiers in a few hours and of the advance on the North East that could change the fate of the war. He also led the Ukrainian assault in the Kharkiv region and had the idea of ​​the attack on Kupyansk with the aim of cutting off the Russian army in Izyum (UKRAINE-RUSSIAN WAR, REAL-TIME UPDATES).

Before the 2014 Donbass War, Oleksandr Syrskyi led the 72nd Mechanized Brigade and was promoted to major general. Since 2013 Syrskyi has been negotiating directly with the NATO international organization on behalf of the Ukrainian Ministry of Defense a number of changes that have been made to the military. In 2015 Syrskyi was appointed head of counter-terrorism operations in Ukraine and is at the center of operations in the battle of Debaltseve (Donetsk), a clash between Russian separatists and the armed forces of Kiev. Thanks to this role in the Battle of Debaltseve, he was awarded the honor of the Order of Bohdan Khmelnytsky III. He was later promoted to lieutenant general and went on to climb the military hierarchy to become the commander of the Ukrainian infantry.