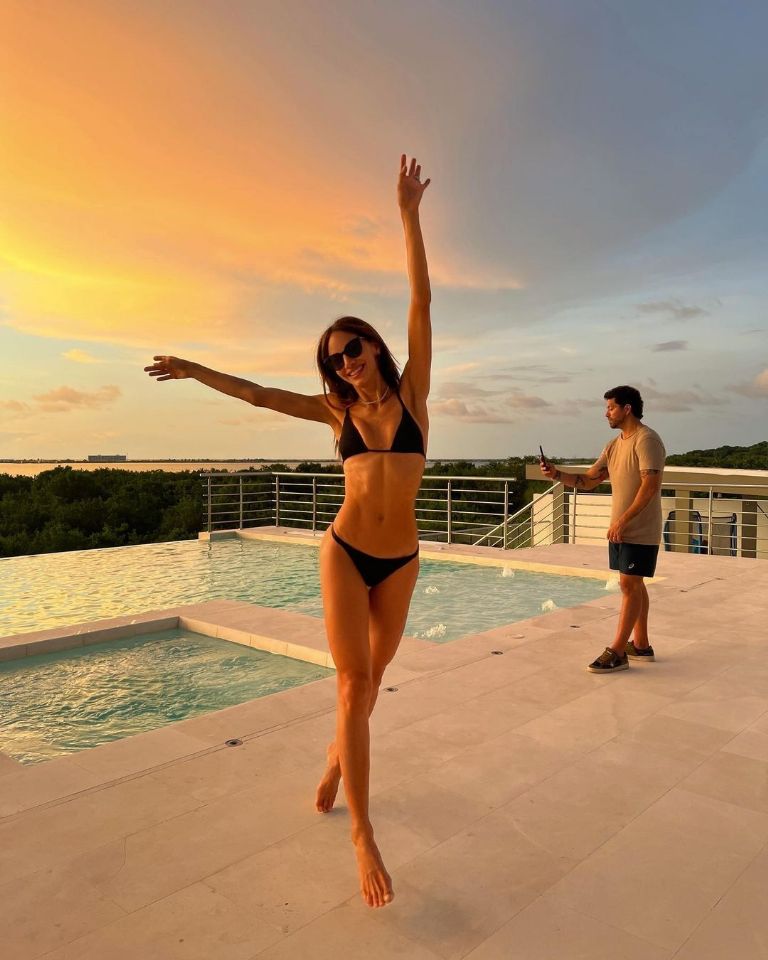 Valerie Dominguez He has almost 3 million followers on his official Instagram account. The 41-year-old Colombian actress, model and presenter was crowned Miss Colombia in 2005 and in July 2006 she traveled to Los Angeles, California, to participate in the Miss Universe pageant.

The first role of valerie In the television world it was a supporting role in 2007 as Marian Sajir in the first version ‘Until the money do us part’. She was later chosen as the presenter of the International Festival of Humor for the years 2011 and 2012 on Christmas dates together with comedian Andrés López.

the cousin of Shakira She is married to Juan David ‘El Pollo’ Echeverri, with whom she has a son. The three of them constantly make videos that go viral on social media. One of the last ones was dancing to the rhythm of ‘Tití me pregunta’, one of Bad Bunny’s last great hits.

As they move valerie and El Pollo are united by a ball that never falls, which shows their great physical prowess. The model and her husband launched the challenge to other Colombian celebrities such as Laura Tobón, Maleja Restrepo, Luisa Fernanda W and Sebastián Vega.

In the last hours, the beautiful cousin of Shakira He published some photos where he is seen posing on his Instagram account on the edge of a pool in a black bathing suit. In the background, her husband could be seen. “Who helps me erase the man that appears behind? I uploaded a surprise video with bloopers so swipe to see it!!” she wrote in the post that it exceeded 48,000 likes and 350 comments.