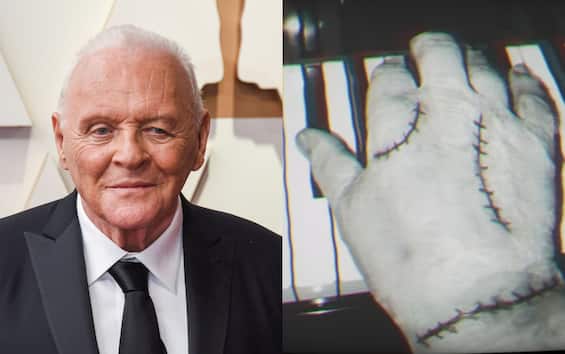 Many expected the TV series Wednesday by Tim Burton, available on Netflix (also visible on Sky Q and through the app on the Now Smart Stick), would have been successful, but the echo it had went far beyond any rosy expectation. It’s a series designed for a teen audience, who in fact catapulted en masse to watch it, but come on Wednesday the spotlights have also been focused on a more adult audience, who despite not being familiar with that language, have nevertheless managed to get passionate about it. Undoubtedly, the protagonist played by Jenna Ortega is the soul of the series, it is on her that the attention of the public converges, which however has also been able to become attached to But no, icon of the Addams Family, co-star of the series. An affection so great that it also involved a great cinematic, Anthony Hopkinswho shared a video dedicated to Mano from his Instagram profile.

Yesterday December 21st, Anthony Hopkins has decided to record a reel for his themed Instagram profile Wednesday. And it goes without saying that the day chosen for the publication is no coincidence, given that yesterday was Wednesday. Taking advantage of Mano’s new look, which in the new serial version of the spin-off of the Addams family has been enriched by new and disturbing scars and sutured wounds, Anthony Hopkins has decided to transform his hand into But no (Thing in the original version of the series) and after a careful make-up he played the piano, managing to frame only the limb. “What happens when an actor has free time on his hands,” wrote the actor, who garnered nearly 100,000 likes for this video. Anthony Hopkins’ intervention on social media was particularly appreciated and also gives an idea of ​​how Wednesday has been able to conquer the general public. It is still too early to tell but the conditions are all there to consider the series a future phenomenon of custom rooted in society.

Who is Mano in Wednesday

Anyone who thinks that Mano is a device of artificial intelligence applied to cinema must think again. It’s about the real hand of an actor contortionist, Victor Dorobantu, always present in all the scenes. Its ability to bend his body to make him invisible in filming it allowed the production to use a real hand, resulting in realistic movements and appearance. It was Tim Burton who wanted a real person to play Mano and he was almost blown away by the ability and dedication of Victor Dorobantu, who worked for weeks in extreme conditions to achieve the high quality rendering sought by the director .