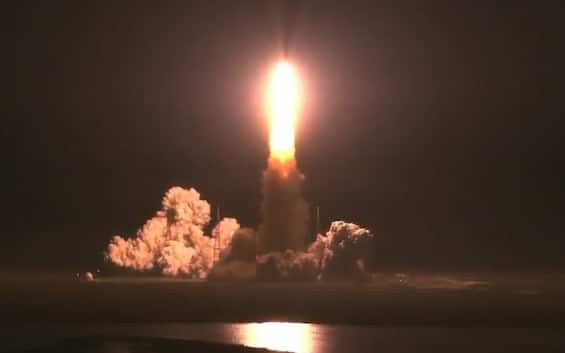 The Man’s adventure to the Moon begins again. NASA has launched the SLS carrier rocket, the most powerful ever built, with the Orion spacecraft, which took off from the Kennedy Space Center. Even today the launch was delayed almost an hour and there had already been two attempts postponed in September. This is the first mission of the Artemis program to return astronauts to the moon, for now there are only mannequins on board.

The next steps of the mission

The Artemis 1 mission is proceeding as planned: about two minutes after the launch, which took place from the 39B platform of the Kennedy Space Center, in Florida, the Solid Rocket Boosters, the largest of this type ever built, separated, to fall after a few minutes into the Atlantic Ocean. Then the main engine shut down and the main stage of the SLS (Space Launch System) rocket separated, falling into the Pacific Ocean. The next step will be the deployment of the Orion capsule’s solar arrays and subsequent insertion of the capsule into Earth orbit.

The role of Italy and ASI

On board the first Artemis 1 lunar mission there is also a lot of Italy. To keep our flag high in the new era of NASA’s lunar missions, with ESA as partner, is the ASI which underlines how our country has “a leading role with the Italian space sector led by the Italian Space Agency”. Created by Argotec of Turin, ASI indicates that the Argomoon cubesat is the only European satellite that will go into lunar orbit.