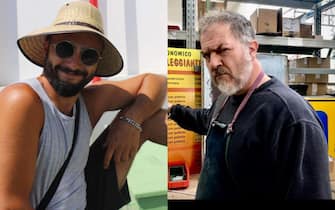 May 1st will be staged in Taranto A Free and Thinking Homage, musical concert of civil and social commitment. Among the novelties of this edition, the presence of the voice actor Fabio Celenza and the actor Andrea Pennacchiwho will perform with a monologue on the job

WATCH THE VIDEO: May Day 2022 concert in Rome: what we know

Many singers who will take the stage of the Archaeological Park of the Greek Walls. One of the big players will be Gianni Morandi

Ermal Meta announces the summer tour: all the dates

Among the names announced, Giovanni Caccamo

Images taken from the Instagram profiles @cosmo_marcojb and @ calibro_35

Ditonellapiaga will make Chimica dance with the Sanremo success

The singers of Sanremo 2022, Ditonellapiaga and Rector with “Chimica”. PHOTO

Will also be present Eugenio in via di Gioia

Eugenio in Via Di Gioia, after the words “I love you again” comes the single Terra

On the occasion of the One May in Taranto, also Med Free Orkestra with Fabrizio Bosso e Chiara Galiazzo (in the picture)

Among the artists present also the singer-songwriter Erica Mou