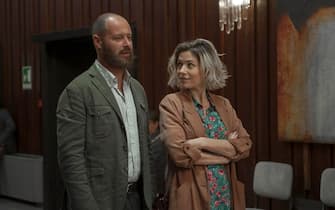 One of the family tells the story of Luca, a precarious diction teacher, who finds himself giving lessons to Mario, a Calabrian boy who is a member of a well-known family of the underworld. Luca doesn’t know what’s behind Mario but their meeting is destined to change his life after saving the life of his pupil.

Pietro Sermonti is one of the brightest actors on the Italian scene. He has important films to his credit such as the saga of I stop when I want And Welcome back president. In One of the family plays Luca, a precarious forty year old whose life will change when meeting a Calabrian pupil

Moisè Curia is a young actor starring in films such as Our quarantine And Hug him for me. In One of the family plays Mario, a Calabrian student exponent of an important criminal family

The best films to see in streaming and in the cinema in August 2022. PHOTO

Brilliant comic actress and character actor, Lucia Ocone took part in Poor but rich and Poor but very rich. In One of the family it is Aunt Angela, a ruthless exponent of the mala, who takes Luca under her protection

Poor but very rich, the cast of the film

Nino Frassica is one of the main actors of Italian television. His role in is fundamental Don Matteo. In One of the family he is Don Peppino Serranò, head of a family to whom no one is able to say no

Sarah Felberbaum is one of the fresh faces of Italian cinema. You have participated in films such as Males against females, Opposite poles And The abusive prince. In One of the family she is Regina, Luca’s girlfriend, also involved in bizarre dynamics

Sarah Felberbaum, the photos of the actress

Neri Marcorè is one of the brightest actors in our country. He took part in As long as it ends well And This love of ours. In One of the family he is Alfredo, a paralytic who interferes in the dynamics of the film

Neri Marcorè, from films to imitations: the portrait of a multifaceted artist

Massimo De Lorenzo is a character actor with numerous films to his credit such as It’s raining cows and Here I am. In Uno di famiglia is Carmine