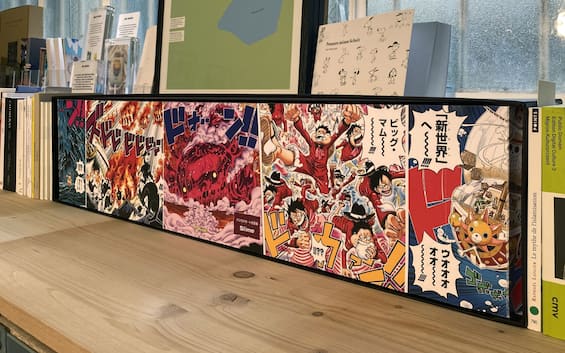 One Piece sets a new record. The manga written and drawn by Eiichirō Oda, already entered the Guinness Book of Records in 2015 as a comic series by a single author with the highest number of copies published (more than 416 million), is once again talked about, inspiring the creation of the longest book in the world. It is called “ONEPIECE”, it is a gigantic work consisting of 21,450 pages, collects all the volumes of Oda’s world bestseller and is extremely complicated to read, practically impossible given its size and height.

“ONEPIECE exists only as an object of pure speculation” writes on his website the conceptual cartoonist of Greek origins, Ilan Manouach, author of the work.

The book went on sale for € 1,900 and is never to be browsed. The artist wanted to highlight how comics now exist as a commodity.

Beyond its hybrid nature, the limited edition of 50 copies sold out a few days after its release on September 7th.

JBE told The Guardian that Manouach’s idea was born from the enormous availability of content on the Web and the “rampant digitization of the comic industry” that “challenges the state of the art in hand-drawn comics.” it should inspire a “quantitative reassessment of ‘comics as Big Data'”.

The Guardian has learned that the comic’s author Eiichirō Oda was not involved in the artistic process, but this would not expose the artist to copyright infringement as the book is considered physically impossible to read.