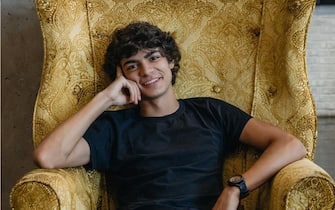 Iñaki Godoy will be Monkey D. Luffy. Luffy is a boy whose body has acquired the properties of rubber after inadvertently ingesting the fruit of the devil Gom Gom; thanks to this he can perform a wide range of attacks by accumulating energy in his body and exploiting the elasticity of his limbs

WATCH THE VIDEO: One Piece, what we know about the Netflix series

Mackenyu will take on the role of Zoro, a former bounty hunter

Jacob Gibson will be Usopp: he has excellent sniper skills and is an official member of the Straw Hat Pirates, Luffy’s crew

One Piece, first look at the Netflix series: the photos

Emily Rudd will play Nami, a thief who crosses the path of Monkey D. Luffy and his crew in the East Sea

Ilia iIsorelýs Paulino will be Alvida, the first antagonist of the manga. She is nicknamed Spiked Mace

Jeff Ward was cast in the role of Buggy. Bagy’s crew captain, ingested the Paramisha Puzzle Puzzle fruit, which allows him to break down his body as he pleases