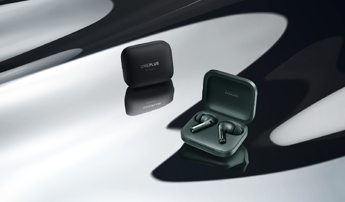 The new wireless headphones will be unveiled globally on February 7

OnePlus has announced its new flagship wireless earbuds, the OnePlus Buds Pro 2, which will be globally unveiled on February 7, 2023. The OnePlus Buds Pro 2 will be among the first earbuds to adopt Google’s spatial audio technology, developed for Android 13. , to offer users a 360° immersive experience. Thanks to spatial audio technology, the sound comes from a fixed position, independent of movement, guaranteeing a 3D audio experience. Working with Google, OnePlus has optimized the spatial audio technology of the Buds Pro 2 to simulate the multidimensional experience that can be had in the cinema, thanks to the spatial rendering algorithm and the IMU sensor. Also present is the Fast Pair function, which allows you to connect to nearby Android devices with a single tap.

The Audio Switching function also allows you to connect the OnePlus Buds Pro 2 to two Android devices simultaneously and move the audio from one device to another without having to change the Bluetooth settings every time. Furthermore, taking into account the compatibility of most audio sources on the market, OnePlus has in-house developed a stereo up-mixing algorithm, which offers a multi-dimensional sound effect. “With Android 13, partners will be able to use spatial audio technology within their devices,” said Erik Kay, Android VP of Engineering. “With OnePlus’ integration of this new framework, along with support for Fast Pair and Audio Switching, OnePlus’ Buds Pro 2 series joins the Android ecosystem of connected devices to deliver the ultimate experience.” of use”.