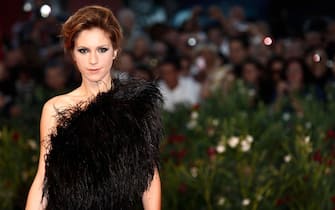 The protagonist of the new Rai miniseries Only for passion, Letizia Battaglia Isabella Ragonese will play the role of the famous photographer

The last interview with Letizia Battaglia: the mafia killed the best

Federico Brugnone interprets another love of the photographer, Franco Zecchin

Eleonora De Luca is also in the cast of the miniseries

THEn Only for passion, Letizia Battaglia also says Emmanuele Aita

From Muccino to Verdone, the candidates for the Nastri d’Argento for the great TV series

In the fiction also the Catania actor David Coco

In the series also Peppino Mazzotta, known to the general public for having interpreted the role of Giuseppe Fazio Inspector Montalbano