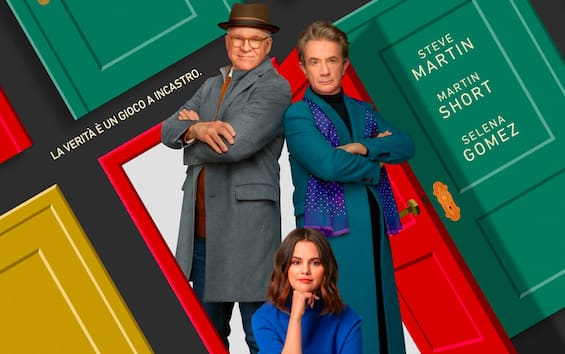 Only Murders in the Building 2, the highly anticipated second chapter of the television series starring Selena Gomez among the protagonists, will arrive on June 28 on Hulu in the United States and on Disney + in Europe (also visible on Sky Q and via the app on Now Smart Stick). In the meantime, a promo and a sneak peek of the new season have been revealed, which we show you at the bottom of this article (you can also watch the promo in the video at the top of this article).

The show is now very popular which sees the investigations of a funny and engaging couple consisting of Charles (Steve Martin, Father of the Bride), Oliver (Martin Short, The Morning Show) and Mabel (Selena Gomez, The dead don’t die), so the wait is sky high. Stars as much as those protagonists, in short.

The plot tells the investigations of the three after the death of the president of the board of directors of Arconia, Bunny Folger. Charles, Oliver and Mabel will try to unmask the killer who committed the murder, but things are certainly not going smoothly: they will in fact be publicly implicated in the murder of Bunny, they will be forced to face New York neighbors (who are sure that they were the ones who committed the murder) and are even lied to by a rival podcast.

You can watch the promo and the sneak peek of “Only Murders in the Building 2” in the two videos that you find at the bottom of this article.

Steve Martin and John Hoffman (Grace and Frankie, Looking) are the co-creators and writers of the series. They are also the executive producers along with Martin Short, Selena Gomez, Dan Fogelman (the creator of This Is Us) and Jess Rosenthal.

You can watch the promo and the sneak peek of “Only Murders in the Building 2” in the two videos that you find at the bottom of this article.