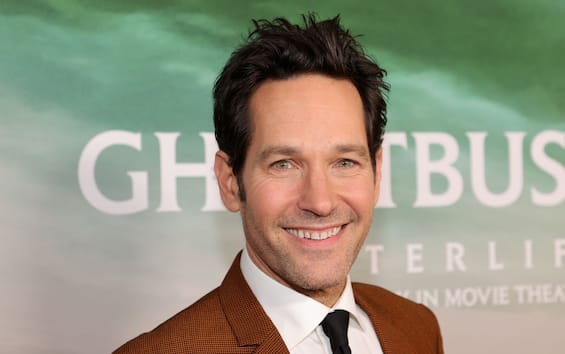 The rumor that was circulating until a few days ago about the possible involvement of Paul Rudd in Only Murders In The Buildings has found confirmation in these hours. The actor will be an integral part of the cast, as the always well-informed site revealed Variety. What will be made available in 2023 will be the third season of the television series that has so far fascinated millions of people and which acquires further depth with the entry of Paul Rudd. It is impossible at the moment to understand how the character of Paul Rudd will fit into the well-oiled mechanism of the three main protagonists, even if a first taste of what could happen was given by the last episode of the second season, when Paul Rudd made a cameo in the story. .

Paul Rudd’s role in Only Murders In The Building

The co-creator of the series, John Hoffmann, called the entry of Paul Rudd “auspicious”, who in the finale of the second series played Ben Glenroy, a Broadway star who sparked public curiosity. Hoffmann himself stated that she “is someone we clearly want to know more about”, confirming her participation in the third season. There is still mystery about her character, in fact the script has not been made known, therefore it is not known whether Paul Rudd will be a regular, recurring character, or a guest star. John Hoffmann explained that Ben is “a clear source of a lot of future questions and, as always on our show, a lot of twists that are yet to come.”

The plot of Only Murders In The Building

The TV series focuses on the stories of Charles (Steve Martin), Oliver (Martin Short) and Mabel (Selena Gomez), longtime friends who live in the same building in New York and who at one point find themselves involved in a homocide. In the second season they have been engaged in the search for the killer of the president of the board of directors of Arconia but run into several misadventures that complicate their plans. In fact, the 3 are publicly involved in the murder and accused themselves of being the perpetrators. Their name is now recurring among the possible perpetrators of the murder and they also become the protagonists of a podcast that accuses them of killing the president of the board of Arconia. But the twist of the series came in the season finale, when the three finally managed to unmask the real murderer. It is precisely during the last scene of the season finale that Ben Glenroy comes into play as he connects Oliver and Charles in a high-level production. But it is precisely between Charles and Ben that friction is created, so much so that when Glenroy dies on stage due to poisoning, the suspicions fall on Charles.