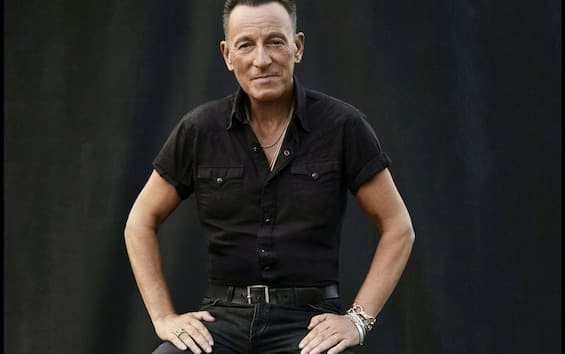 Bruce Springsteen he decided to look back, going back to his musical roots to build a very personal project. Only the Strong Survive is a record that the Boss feels so his that he didn’t want to involve even his trusty E Street Band. It is as if Springsteen, at 73, felt the need to take off his rock legend outfit for a moment to return to a more intimate dimension, made up of soul classics that don’t need to be overturned in the structure or reinvented in the text to say something new. The reason is simple and is already explained in the title of the disc: what is really strong in the end remains, without having to undergo forced updates. Both Springsteen and the songs he has chosen have the same destiny: to be able to be stronger than time passes.

Springsteen’s love of soul began when he was just a kid in New Jersey and his mother’s radio played the great classics as he got ready for school. A few years after growing up around Asbury Park, where everyone played that music, he took him to study it. As he told Massimo Cotto about Virgin Radioto play in local clubs you had to know Mustang Sally (preferably in Wilson Pickett’s version) or Soul Man. The young Springsteen thus assimilated that sound of him with the first bands and today, at 73, he wanted to dedicate his twenty-first album to that sound that brings back distant memories. In building Only the Strong Survive however, he kept the same way of doing those beginnings: “My approach is identical to when I was 16 years old. I gather everything I have, I absorb it, I make it part of who I am and what I do and then… when I see you… boom! I blow it up like dynamite, ”she said. The new album is a collection of fifteen classics and was born as a challenge, during the time of the pandemic. It is a record where songs that had the voice in the foreground are faithfully reproduced and in this sense it is no coincidence that the only piece of the E Street Band that appears is just a chorister, Soozie Tyrrel. Springsteen treats the source material with respect, without trying to transform the pieces of Temptations and Commodores in songs by the Boss. He limits himself to lending his throat with intelligence, hoping that a new audience can thus understand a great musical heritage that would risk being lost.

Only the best survive

It is not the first time that Bruce Springsteen has looked back, deciding to give heartfelt tributes. In 2006 with We Shall Overcome: The Seeger Sessions he had reminded the world of the importance of Pete Seeger, folk music legend and author of many protest songs at a time when being an ecologist and a pacifist was, if possible, even more difficult. The material contained in Only the Strong Survive it is less burning only at first sight, especially if we think about the social importance that labels such as Motown and Stax when they released many of the pieces covered here. Those who follow Bruce Springsteen live know that the operation is not the daughter of a last minute infatuation, since the Boss has limited himself to putting on a musical passion already demonstrated many times on stage. In the new album we find for example Soul Daysa classic of the sixties brought to success by the same Dobie Gray of which Springsteen has proposed several times live covers. Gray’s most famous hit (Drift Away) was performed four times in concert between the Eighties and the Ten, also enriching the tracklist of a couple of dates of the legendary tour of Born in the USA. Finally, to formally guarantee Springsteen’s respect for the genre there is precisely in Soul Days (as well as in another piece) the legendary Sam Moore of the duo Sam & Dave.

Even in cases where the piece has already had a subsequent successful cover in the past, Springsteen ignores it in order to remain as close as possible to the black soul of these hits: it happens for example in the title track, more similar to the version of Jerry Butler than to that of Elvis. Only the Strong Survive it is a work that wants to be sincere and without superstructures, to the point that even a more recent hit like Nightshift of the Commodores it is stripped of all the sonorous trappings of the 1980s. The disc also closes here with a non-trivial song already entitled Someday We’ll Toghether di Diana Ross and the Supremes. This song, which was the last one before Ross left the trio, was meant to be a goodbye and today sounds perfect to close Springsteen’s journey, without ruling out a possible return to the crime scene in the future.