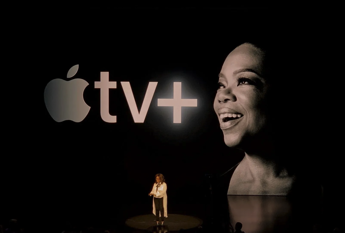 The agreement signed in 2018 will not be renewed, and the celebrity will also publish content on other platforms

Four years ago, Oprah Winfrey signed a multi-year contract with Apple to produce exclusive content on the then fledgling Apple TV + platform. Now, the celebrity and the Apple company have changed their minds and have changed the agreements of the contract: Winfrey will return to produce content for other companies and Apple will reorganize the schedule of its streaming platform. In recent years, Oprah Winfrey has made several exclusive content for Apple such as The Me You Can’t See, The Oprah Conversation, Oprah’s Book Club, and Oprah Talks COVID-19. However, Winfrey has also made material for other broadcasters: the interview with Harry and Meghan and the special on Adele aired on CBS, for example. The interview with the runaway England royals had 17.1 million viewers, while the material for Apple has always been below expectations in terms of response, according to insiders. Winfrey, in short, will continue to make content for Apple, but the agreements will be made on the basis of each individual project. Meanwhile, Oprah could start a collaboration with Netflix and Amazon Prime, who courted her in 2018 when she finally decided to sign with Cupertino.