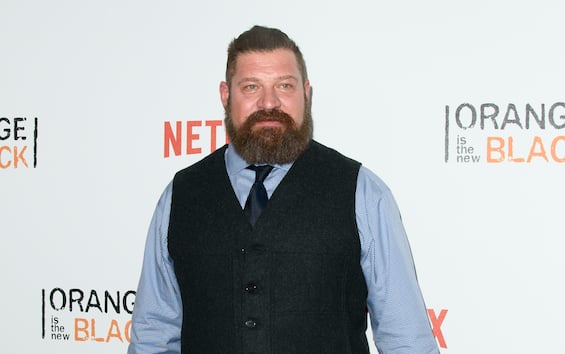 Brad William Henkeformer NFL player and best known for his role as prison guard in the famous TV series Orange is the New Blackis died at the age of 56. Born in 1966 and originally from Nebraska, he has played football since his college days and in 1990 he was defensive back in the Denver Broncos team for Super Bowl XXIV. After a series of injuries he had to retire from the sport and began a career as an actor between commercials and TV series.

Who was Brad William Henke

Before the role of Desi Piscatella in Orange is the New Blacka homosexual prison guard at Litchfield Penitentiary, Henke was featured in the series Going to California, Justified, Lost, October Road, Nikki And Right. In the early stages of her career in front of the camera she had small parts in Chicago Hope, E.R, Law & Order, Castle and other television products. However she also had her big screen debut with the film Split, Pacific Rim, Jobs, just to name a few of the films he’s starred in over the years. Among his most recent work he played Big John in the second season of manhunt in 2020 and Tom Cullen in The Stand in 2020 and 2021, while in 2022 he appeared in films Block Party And Run & Gun.

The cause of death

The official cause of death was not disclosed but the family said Henke died in his sleep on November 29, 2022. The actor is survived by his mother, Tammy, sister Annette, wife Sonja, stepson Aaden, stepdaughter Leasa and granddaughter Amirah, many friends, fellow actors and students. He was preceded upon his death by his father Bill, to whom he paid homage with his stage name of him.