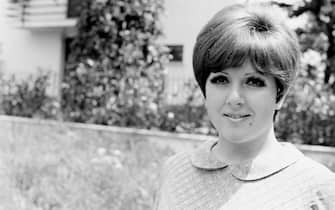 Orietta Berti began singing at a very young age. In 1961 she participated in her first official singing event, the Voci Nuove Disco d’Oro competition in Reggio Emilia, with the song Il cielo in una stanza by Gino Paoli. She comes sixth.

Those Good Girls, go to the special

In 1964 he signed a contract for Polydor and recorded his first album, Orietta Berti sings Suor Sorriso.

In 1965, with the song “You are the one”, he won Un disco for the summer and the International Exhibition of Light Music.

“Luca”, the voice actors of the Disney Pixar film: from Luca Argentero to Orietta Berti

Orietta Berti on vacation with Mara Maionchi and Sandra Milo

In 1966 he participated for the first time in the Sanremo Festival with I will give you more.

Here she is with her great and inseparable love, Osvaldo in a black and white shot

Fedez, Achille Lauro and Orietta Berti together in Mille

The seventies were full of successes: “As long as the boat goes”, “Tipitipitì” and “Via dei Ciclamini” entered the first places of the hit-parade.

In 1984 her artistic career has a turning point with the album “My new songs”, with which she begins to produce herself. From that moment, she begins the collaboration with Umberto Balsamo and Cristiano Malgioglio, who will sign numerous songs for her.

“Those Brave Girls”, the photogallery

Orietta has participated twelve times in the Sanremo Festival.

Over the years Orietta Berti has also become a television personality. Among others, she has been a regular guest on programs such as Domenica in lei, Anima mia, Quelli che il calcio, Buona Domenica, Che tempo che fa.

Sanremo 2021, the most amusing gaffe and unexpected events of the Festival

Sanremo 2022, the most beautiful dresses of the second evening, from Emma to Elisa. PHOTO

On May 31, 2021 Orietta Berti announced the collaboration with Fedez and Achille Lauro for the song “Mille”.

Orietta Berti together with Mara Maionchi and Sandra Milo is the protagonist of ‘Those Brave Girls’, a concentrate of pure irony and good fun, broadcast every Thursday on Sky Uno

All the news on Those good girls

Orietta Berti is a musician and singer who continues to innovate, dealing with new genres. Here she is with her travel companions in ‘Those Good Girls’

Those Good Girls in a balloon over Granada (maybe …).