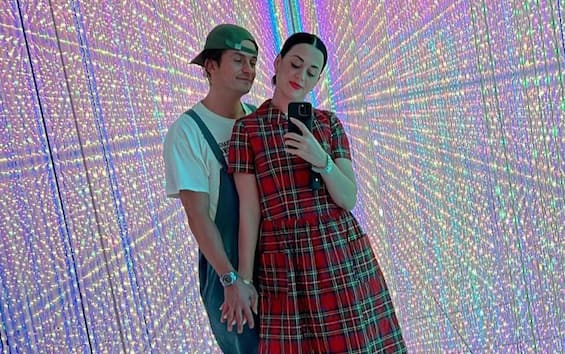 Christmas in Asia for Katy Perry and Orlando Bloom who publicly sent their holiday wishes to their followers around the world from a very special place: Tokyo. The star couple showed themselves to the fans in a shot on Instagram published on Orlando Bloom’s official profile but the photo in which the actor and the singer appeared together is not the only one posted on the social network.

The album of Christmas in Tokyo

smiling, relax and fall in love, Orlando Bloom and Katy Perry left Hollywood for Christmas to enjoy a few days off in a playful and enchanted setting. The two stars are back in the Japanese capital for a holiday of relaxation and fun told through a social album made up of spontaneous shots. Food, landscapes, sunsets, vintage carschildren dressed in traditional Japanese clothes and lots of smiles in the photos posted by Orlando Bloom who captured the details of a Tokyo decorated for Christmas where there is no shortage of glittering fir trees and little man-shaped gingerbread cookies.
The actor did not fail to include in the photos a selfie snapped at World Seikyo Center, the Shinanomachi headquarters of the Seikyo Shimbun, the daily newspaper of the Japanese Soka Gakkai Buddhist lay school. Bloom, who stated of follow Buddhism since adolescencehas been a member of the UK branch of Soka Gakkai International since the early 2000s.

The photo together in the mirror room

In the only photo where they are together, Bloom and Perry pose for a self-timer in a mirror room with a futuristic atmosphere. In the photo where they are immersed in the kaleidoscopic illusions of the room of mirrors, the two superstars are barefoot and holding hands tenderly showing fans a really different look from that usually adopted. The singer-songwriter and TV star poses in a collared dress with a tartan bell skirt, while Bloom sports dungarees with shorts, a t-shirt and a backwards-peaked baseball cap. They both hint at a smile and seem really in tune with this outing that has taken them away from their commitments for a few days while waiting for a new year that will certainly bring new emotions to share.