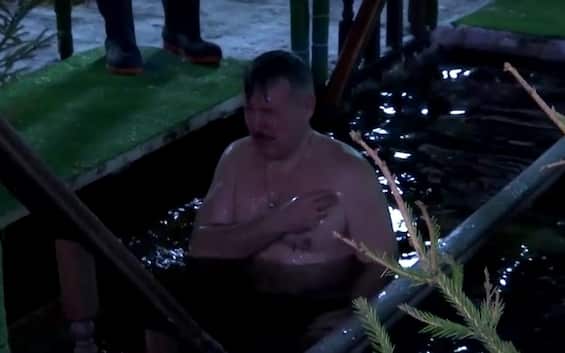 Yesterday, January 18, hundreds of people braved the icy waters for the traditional immersion in the Ostankinskiy lake in Moscow to celebrate the Orthodox Epiphany, thirteen days after the Catholic anniversary.

The Russian Orthodox Church celebrates Epiphany on January 19, but the celebration begins the day before. A priest blesses the waters and after the blessing, throws a cross into the water. The bravest dive; with this gesture the faithful believe that their sins are symbolically washed away.

Even the Russian president, Vladimir Putin, takes a “Kreshenie” bath every year, after attending Epiphany mass, one of the most important holidays of the Orthodox Church. Resuming the tradition interrupted last year in times of pandemic. Unlike in the past, however, there are no photos or videos of the president’s bath in the classic cross-shaped ice hole. “The president took an Epiphany bath in the Moscow region. This time there is no video or photographic material, we only report that he followed his tradition,” said Kremlin spokesman Dmitri Peskov.