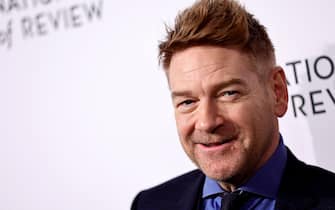 On Sunday, March 27, the 2022 Oscars will be awarded in Los Angeles, including the recognition of the Best Director. With the film Belfast, Kenneth Branagh is one of five directors vying for the statuette for best director. Semi-autobiographical film, Belfast tells the story of a working-class family and their young son, who grew up during the difficult 60s in the capital of Northern Ireland

WATCH THE VIDEO: Oscar® 2022, everything you need to know

Having achieved a good result at the box office, Belfast surprising for its ability to accumulate awards and nominations. After winning Best Screenplay at the Golden Globes and Best Director for Alice in the City, Branagh wins seven 2022 Oscar nominations for his film, including screenplay and film.

Belfast, the interview with Kenneth Branagh: “With this film I tell my childhood”

Drive My Car is the latest film by the Japanese director Ryūsuke Hamaguchi, which in recent years had captured the attention of the most passionate cinephiles. At the 2022 Oscars, the film earns four nominations, including Best Picture, Best Foreign Language Film and Best Non-original Screenplay

In the center of Drive My Car there is the story of an actor and theater director who was left a widower in search of a driver. His mechanic recommends him a 20-year-old girl, with whom a special bond will be born despite the initial mistrust

Drive My Car on Sky, 3 reasons to see the film

He also takes part in the race for Best Director Paul Thomas Andersonwith his Licorice Pizza from the personal, transgressive and innovative direction. With a total of eleven career Oscar nominations and zero statuettes, the American director is hoping for the 2022 awards

The night of the 2022 Oscars, the 94th edition of the Academy Awards live on Sky

In the center of Licorice Pizza the story unfolds of the bond between Alana Kane and Gary Valentine, who grow up and fall in love in the San Fernando Valley of 1973. Amidst unexpected events and shared adventures, the two slowly discover what love is.

Licorice Pizza, everything you need to know about the film

The power of the dog tells a family drama in a western setting. The protagonists are George and Phil, a couple of brothers who own a ranch in Montana: when George marries the widow Rose and takes her to live on the ranch, Phil shows her disagreement by targeting them.

The power of the dog, the official trailer of the film

With three statuettes obtained during his career with Schindler’s List And Save Private Ryan, Steven Spielberg is nominated for Best Director with the film West Side Storysecond film adaptation of Leonard Bernstein’s musical of the same name

Oscar 2022, the nominated films and where to see them

Brilliant and passionate, 75-year-old Spielberg is certainly one of the favorite directors when it comes to the Oscars with a total of 19 nominations. Starring Rachel Zegler and Ansel Elgort, West Side Story retraces the struggle between the jets and the sharks and perhaps will increase the prizes on the shelf of the American director

Oscar 2022, all the nominations for Best Supporting Actress. PHOTO