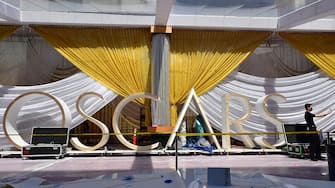 Final preparations for the night of the 2022 Oscars. As always, the most coveted statuette is the one for the best film. The 94th edition of the Academy Awards sees these 10 films in contention for the final victory: Belfast, Coda- The signs of the heart, Don’t Look Up, Drive My Car, Dune, A winning family – King Richard, The fair of Illusions – Nightmare Alley, Licorice Pizza, Dog Power, West Side Story:

With 12 nominations, Dog Power is the big favorite of this 94th Academy Awards. Jane Campion’s film has already won Best Picture at the Golden Globe and Bafta Awards. He will also be able to take home the Oscar

The Power of the Dog, the review of the film

Dune, the review of the film

7 Oscar nomination for Belfast, the film in which director Kenneth Branagh talks about his youth. The film won the BAFTA for Best British Film

Belfast, the cast of the film

Loved by critics, but not so much by the public, West Side Story remake of the famous musical by Steven Spielberg has received 7 nominations for the 2022 Oscar

West Side Story, the film review

6 2022 Oscar Nominations for A Winning Family – King Richard. The film, starring Will Smith, tells the story of Richard Williams, father and coach of the sisters Venus and Serena Williams

King Richard, the cast of the film

Don’t look up, the film explained by Di Caprio

The fair of illusions, the review of the film

Drive My Car got 4 Oscar nominations. It is the first Japanese film to be nominated in the Best Film category. A touching road-movie of the soul directed by Hamaguchi Ryusuke

Drive My Car, 3 reasons to see it

3 Oscar nominations for Coda – The Signs of the Heart, following the success at the Sundance Film Festival. The exciting remake of the award-winning French film The Belier Family, which delicately tells the theme of disability.

Licorice Pizza is the story of friendship and love between high school star and aspiring actor Gary Valentine and young Alana Kane, set in the San Francisco Valley of the 70s. Directed by Paul Thomas Anderson, the film earned 3 Oscar nominations

Licorice Pizza, everything you need to know about the film