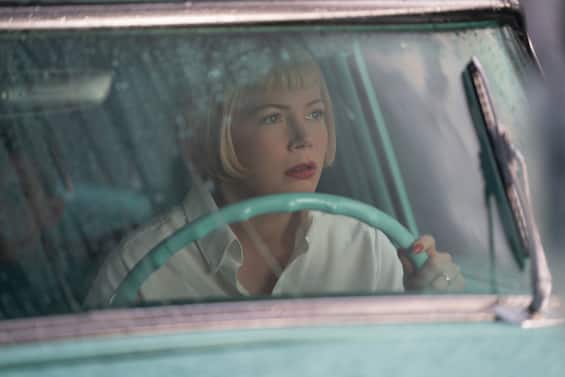 The Golden Globes opened the awards season by focusing on ‘SPIRITS OF THE ISLAND’ and ‘THE FABELMANS’, but the race towards the Oscars on 12 March has just begun: the nominations will be announced on 24 January (it will then be known whether ‘Pupille ‘ by Alice Rohrwacher will enter the top five of the best live action shorts), preceded by a series of other category nominations which, as ‘Variety’ wrote, have opened up a range of possibilities “as big as a whale”. A play on words : ‘THE WHALE’, with ‘EVERYTHING EVERYWHERE ALL AT ONCE’, ‘TAR’, ‘ELVIS’ and ‘TOP GUN: MAVERICK’ are the other films that emerged in pole position from the nominations of the directors’ associations (Dag) and actors (Sag), announced on January 11 and producers (Pga, January 12). Voting for Oscar nominations closes on Tuesday (ten in the best film category, the most prestigious) and another test case will arrive on the 19th with those of the Baftas (the British cinema awards will be assigned ti a month later) which has already released, like the Academy Awards, some longlists: ‘ALL NEWS ON THE WESTERN FRONT’ and ‘ARGENTINA 1985’ seem to emerge at first glance as potential winners for international film as well as, in the category of animated film, Guillermo Del Toro’s ‘PINOCCHIO’ seems to have no rivals.

Among the tests in view of the most coveted prizes, tonight the Critics’ Association assigns its prizes which opened to foreigners after the controversies that invested the Hollywood Foreign Press Association two years ago, and ‘EVERYTHING EVERYWHERE’ is at the top of the nominations . The judgments of the Pga, i.e. of the producers union, have so far always been considered a reliable precursor of the Oscars and here is that the inclusion of ‘THE WHALE’ in its nominations has messed up the cards: the film by Darren Aronofsky – who as director in also running with ‘THE TERRITORY’ for best documentary – could give Brendan Fraser the statuette for best actor and was included by the producers in the race along with four sequels: ‘AVATAR: THE WAY OF WATER’, ‘BLACK PANTHER: WAKANDA FOREVER’, ‘GLASS ONION: A KNIVES OUT MYSTERY’ AND ‘TOP GUN: MAVERICK’, in addition to ‘Island Spirits’, ‘Fabelmans, ”Elvis’, ‘Everything Everywhere All at Once’, and ‘Tar’ . The nominations of the Sag were dominated by ‘Spiriti dell’Isola’ and ‘Everything Everywhere All at Once’ with five nominations each. Returning to the Globes, the Hollywood Foreign Press Association award put a ‘band-aid’ on the exclusion of Steven Spielberg’s ‘Fabelmans’ from the longlist of Bafta and other sector ‘guilds’ including the American Society of Cinematographers. Both the Globes and PGA nominations rejected films by female directors including Sarah Polley’s ‘Women Talking’, Charlotte Wells’ ‘Aftersun’, Maria Schrader’s ‘Me Too’ and Gina Maria Prince-Bythewood’s ‘The Woman King’ . ‘Aftersun’ by Wells (with Paul Mescal, one of the ‘hotties’ of the moment) however was considered at the Baftas in eight categories including, as well as for best director, also as ‘best picture’ together with ‘ Living’: Inspired by Akiro Kurosava’s ‘Ikiru’ and screenplay by Kazuo Ishiguro, Oliver Herasmus’ latest film could give protagonist Bill Nighy his first Oscar.