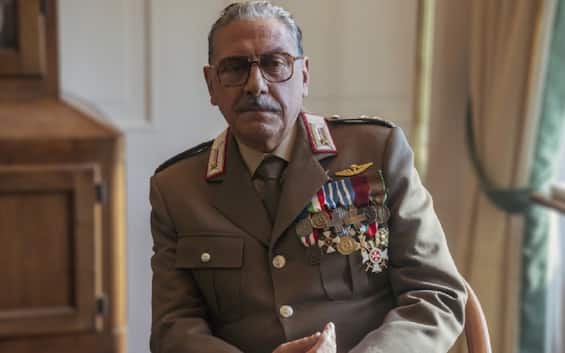 Sergio Castellitto interprets the General Carlo Alberto Dalla Chiesa in the new miniseries Our General which focuses onwork of the special anti-terrorist unit led by the General. A select group of young undercover carabinieri, trained with innovative methods for the time, collaborate with Dalla Chiesa to defend democracy from the Red Brigades. These are years of kidnappings, murders and attacks that leave their mark on the history of Italy and this miniseries tries to reconstruct the reality of those years thanks also to the historical advice of the journalist Giovanni Bianconi and the General’s family members as well as some members of the special anti-terrorism unit and magistrates who participated in the investigation.

Our General: what is it about?

The story begins in 1973 when General Dalla Chiesa, commander of the Legion of Palermo, was transferred from the Sicilian city to Turin. The Piedmontese city is the scene of violent actions and propaganda by the Red Brigades and the General organizes a hand-picked and specialized team to deal with this problem and protect his country’s democracy. Our General tries to underline the strategic ability of Dalla Chiesa who put the fight against terrorism at the center of his life for many years, but also leaves room for his private life alongside his wife Morta Fabbro who dies prematurely and the relationship with his three children, his grandchildren and his second wife Emanuela Setti Carraro who will die with him in Palermo.

The cast of Our General

Born in 1920 in Saluzzo, Dalla Chiesa was a General and an Italian prefect until his murder in via Carini, in Palermo, on 3 September 1982. During the Second World War he joined the Army following in his father’s footsteps, participated in the Resistance and worked in various Italian cities between 1966 and 1973. He investigated Cosa Nostra in Palermo and then he moved to Turin where he was appointed brigadier general and became the protagonist of the front line fight against the Red Brigades. He creates the Special Anti-Terrorism Nucleus in the Piedmontese city and in 1973 he dies together with his second wife in an attack, winning a gold medal for civil valor in his memory.