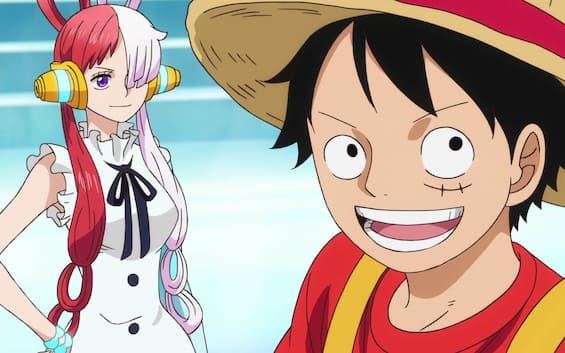 It is difficult to explain to those who have never had any approach with the work of Eiichirō Oda how large and potentially still expandable is the universe of one piece. The manga born in 1997 continues to give readers stories and adventures that have been translated into an equally successful animated show since the end of the millennium. Despite the longevity of the saga, Oda’s inventiveness shows no signs of diminishing and now he is also confronted with the feature film. One Piece Film: Red it is in fact the first film (after another fourteen) to see the man who invented this world as an executive producer personally involved. Already from the trailer you can see the fruits of his participation, promising great revelations that can upset old and new fans.

The greatest of the pirates

Red was born with the idea of ​​celebrating the great fortune of the franchise to date. In a quarter of a century one piece in fact, it has been able to become the best-selling comic of all time, figures in hand, with over one and a half billion copies sold globally on the market. Many, especially among us, may however have come into contact with the epic of Cappello di Paglia thanks to the anime, which in Italy at the beginning had had as its title On boarding (crippling even the name of the protagonist in Rubber). The animated series also has important numbers, with over a thousand episodes exported to 80 countries. The new feature film is the fifteenth since 2000 and could have been a simple celebratory operation, made to celebrate the 25th anniversary of the brand and not canonical. One Piece Film: Red however, he is not satisfied with stopping at this, putting order on various issues that still remained unresolved. For example, it was Oda himself who suggested the vision of the film to those who asked him if the character of Shanks the Red was it really good or not. On the other hand, the inventor of this world has good reasons to sponsor the film, since his hand is also seen here in outlining a character on which the whole work revolves: Uta.

The closest thing to a musical

Before they shot the film, Oda delivered who he would deal with One Piece Film: Red a full-bodied document where he explained in detail Uta’s past, revealing a part of the story prior to the manga in which she and Luffy they grew together. As already mentioned in the trailer, the powerful girl, who is basically almost a female double of her friend, is Shanks’ daughter who later abandoned her for good reason. This information is fundamental in the story, promising to also show a new part of the past of the man who most inspired Luffy, even giving him the iconic straw hat. For those who are not a fan and are not interested in the revelations, One Piece Film: Red promises to be an interesting show anyway. This is also possible thanks to the presence of Uta who, being a singer, very often transforms the film into a real musical. The songs are certainly an unprecedented aspect in the world of Oda and have also been much publicized in the trailers, where explicit reference is made to the soundtrack sung by the young Japanese pop star Amo (very famous in his homeland).

Who finds One Piece finds a treasure (almost like that of Gol D. Roger)

It is reasonable to think that having detached the work from the simple formula behind many such products, paying more attention to new aspects and less to the fighting in and of itself, helped to make the film fly to the box office. At home One Piece: Red it recorded the second best debut in the history of Japanese cinema, reaching today grossing something like 17 billion yen (over 115 million euros). A success then replicated also in the Old Continent, with great results also in France and Germany. Here, after the preview at Lucca Comics, the film will officially arrive on December 1st even if there will be special screenings in the original language already on November 7th and 8th. After this new trailer, Italian fans can’t wait to be the next to leave (it should be said) “boarding” the cinemas.