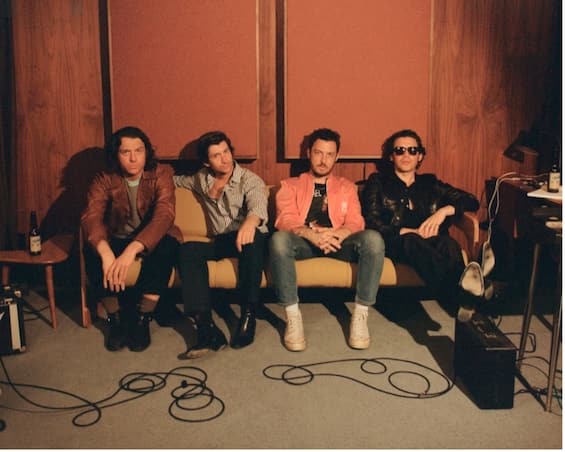 The third clue proves it. After There’d Better Be a Mirrorball And Body Paint another single arrives to confirm that the Arctic Monkeys not even this time will return to the hard rock and hypnotic riff sound of the past. I Ain’t Quite Where I Think I Am is a song that Edoardo Vitale about Rolling Stone he rightly approached a certain David Bowie (probably the one at the turn of the sixties and early seventies), a song that looks to the past but remains steeped in an “indirect” nostalgia. If the previous album opened with “I just wanted to be one of the Strokes and instead look what a mess you made me make”, today Alex Turner and associates look even further back on the New York band, going to fish from the rock of a period in which imitators of Beatles and Byrds proliferated. What remains of the Arctic Monkeys that in 2006 had shocked us pre-teens thanks to an energetic and “noisy” record comand Whatever People Say I Am, That’s What I’m Not? Probably the passion for those long and somewhat cryptic titles, destined to twist on themselves as in the case of I Ain’t Quite Where I Think I Am.

Paraphrasing the title of the last extract before the official release of The Car sspontaneous orgies the question: where is the English band today? The Arctic Monkeys have abandoned the sci-fi suggestions of the previous one Tranqullity Base Hotel & Casino but they continued to cultivate its quieter sounds. On the other hand, for some time now the frontman Alex Turner has chosen the piano as his favorite instrument and, even if the guitars continue to have their centrality in the system, the attention given also to new components such as the strings (in particular in the single preceding a I Ain’t Quite Where I Think I Am). The Car on the other hand it is the result of an intuition of guitarist James Cook, as Turner said: “He took a Moog synthesizer, connected it to a drum machine and created that sound. We did nothing but follow him: it all started from there and then evolved into a million things “.

In Spanish on Italian TV

Today the Arctic Monkeys look like something completely different from what they were in the beginning. They appear to be a more mature band and perhaps inevitably their music now sounds more reflective too. Not that this is bad. Also because, at least to hear the members of the group in the interviews, it seems that they have not completely lost the look of albums like AM, the 2013 record produced by Josh Homme of Queens of The Stone Age. There is a thin red line that binds the entire career of the Arctic Monkeys even though “it may not be obvious and clear to everyone at first”, as the band’s own voice admits: “If you look back after a while, you will end up noticing that the sound of each record bleeds into the next, ”Alex Turner commented. It is impossible today to guess what the next evolution of the English band will be, which, on the other hand, is the first to sing in the last piece: “I’m not exactly where I think I am”. Maybe we will soon find the Arctic Monkeys “singing in Spanish on Italian TV”, as they themselves hypothesize jokingly (?) In Sculptures Of Anything Goes. This last perspective on the one hand frightens us but, on the other, it also perversely fascinates us. There’s nothing wrong with confessing it, is there?