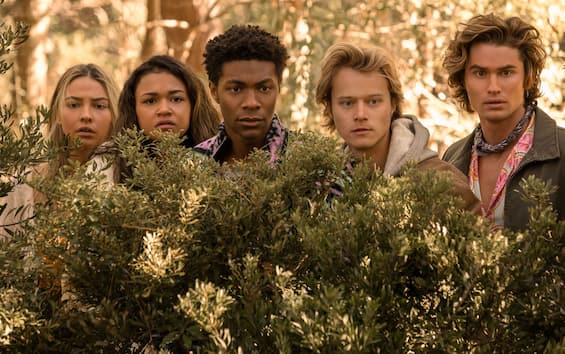 The confirmation of the release of the third season of Outer Banks it had already arrived but now fans of the series can finally have the definitive certainty that they will soon see their favorites again on the small screen. Netflix has announced the release date of the third chapterwhich will be available from the next February 23rd in all countries where the service is available (also visible on Sky Q and via the app on the Now Smart Stick) and has disseminated some new pictures. The teen drama by Josh Pate, Jonas Pate and Shannon Burke has been one of the most popular in recent seasons for the originality of the story told and the details of the narrative, which bring storytelling to a higher level than other products oriented to the same basin of public.

What is known about the third season of Outer Banks

So far, on the third season of Outer Banks we know that it is made up of 10 episodes and picks up from the exact point where the second chapter ended. Netflix has chosen to give temporal coherence to the story, starting from when, after dodging death in the second season finale, John and Sarah I’m on the run and in trouble in the Bahamas. Far from home and with no money in their pockets, the boys will have to watch their backs from Ward and Rafe, who are screaming for revenge. Meanwhile, a mysterious Don from the Caribbean is also hot on their trail, prowling around looking for a bounty. Of course, in this adventure the two protagonists will also find a new group of friends, and not just enemies, while the stake of $ 400 million is always up for grabs. Finally, after having waited for two seasons, it seems that the third is the right one to finally see the love blossom between the two protagonists, which at least according to the first advances could take off in the next few episodes.

The future of Outer Banks

There are no official confirmations yet, but it seems that the teen drama will continue for at least another two seasons after the third, with the fourth and fifth. These are also the stated intentions of the co-creator and showrunner, Jonas Pate: “Since we started, we’ve always seen this story as a four, maybe five season series.” However, given the success, it is said that there may not be subsequent seasons, which go to tell about aspects not explored in the previous ones.