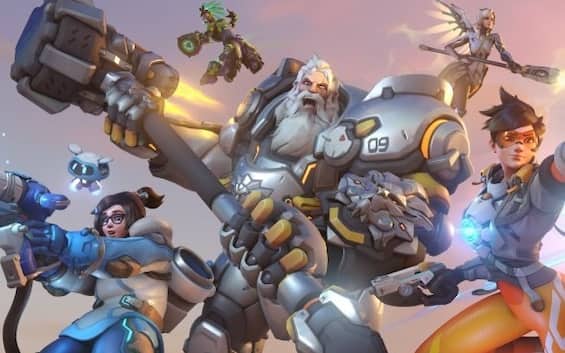 Announced in 2019, the Overwatch 2 video game is ready to debut among fans of the genre. The debut, on PC and consoles, to witness the rebirth of the Blizzard franchise is scheduled for today 4 October. It is an evolution and a new game version compared to the first Overwatch, which comes in free-to-play form. This means that there is no need to purchase the game, but a free download will be available on PlayStation 4, PlayStation 5, Xbox One, Xbox Series X | S, Nintendo Switch and PC. For a few days it has been possible to pre-download, so that you can play immediately once the game is launched. The servers will open “more or less,” the site says, at 9pm on October 4. As for the preloads, PC players who have purchased the Overwatch 2 Observatory Pack or are in possession of Overwatch 1 can download the game right now, while those PlayStation, Xbox and Switch will be able to start doing it from 6pm on Tuesday. All new players will have to wait for 9pm instead. The download weight of Overwatch 2 is about 50 GB for the PC version and 30 GB for the console versions.

“Along with this new era of Overwatch comes an important update to the Team vs Team competition: the implementation of 5v5 fights”, reads the site, where it is explained that “this change to the composition of the team will allow each player to have an impact. greater on the outcome of the match and will transform the tanks into aggressive fighters with a skill kit capable of turning the tide of the fight “. As for the game modes, the additional ones will join the list of those already in existence, “with more objectives to capture, strategies to explore and secrets to discover. The first to arrive will be Escort. In this new type of symmetrical map, the teams will battle for control of a robot that starts in a central position, and then pushes it towards the enemy base. “