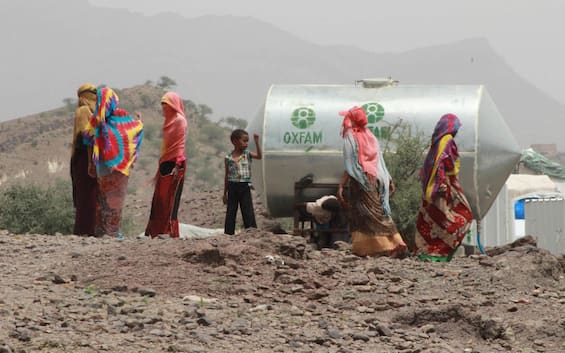 On average, 189 million people are affected by extreme weather events in developing countries every year. These are low-income states that pay the highest price of the climate crisis, while polluting emissions and the profits of companies that produce energy from fossil fuels increase. In the first half of 2022 alone, six of the largest players in the world industry (BP, Shell, Chevron, Exxon Mobil, Total and Eni) made higher profits of 70 billion dollars.

Africa is one of the most affected countries

The number of climate disasters in the poorest areas of the planet has more than doubled in the last period, causing over 676,000 victims. This is one of the figures that emerges from the report released by the “Loss and Damage Collaboration” network of which Oxfam is part together with over 100 researchers, activists and policy makers from all over the world. Africa – according to data from the African Development Bank – is losing between 5 and 15% of GDP per capita per year due to climate change, despite being responsible for less than 4% of polluting emissions globally .

In November it will be a topic at Cop27

Overall, 55 of the poorest countries in the world suffered $ 500 billion in economic losses from extreme weather events in the first 20 years of the century. “The issue of financing necessary to face the cost of the increasingly destructive impact of climate change – said Francesco Petrelli, Oxfam Italia policy advisor – is destined to be at the center of the next COP27 to be held in November in Sharm El-Sheikh. in Egypt. At the conference, developing countries will ask to act after decades of delays, postponements and broken promises. We join this appeal, because without immediate and effective action, many more lives will be lost “.