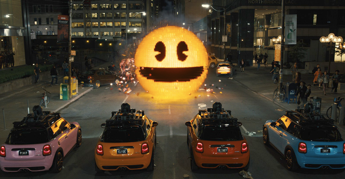 The producer will be the same as Sonic: The Movie

A Pac-Man live action cinematic is in production, according to what it reveals
The Hollywood Reporter
. The project will be produced by the parent company Bandai Namco and Wayfarer Studios, a company founded by Justin Baldoni and Steve Sarowitz. It has not been revealed how Pac-Man, the famous ball-eating maze game launched in 1980, could become an action film with actors, but the film will be based on an idea by Chuck Williams, who also took care of the Sonic’s hit film saga, another historic video game. Lightbeam Studios will also participate in the production, under the supervision of Tracy Ryerson and Tim Kwok. At the moment the project has only gotten underway, but pre-production has yet to begin. In a 2015 film, Pixels, Pac-Man was actually one of the protagonists and transported the heroes of the story to a digital world. We will have to wait until the second half of 2023 to get some more news on the project, starting with the cast involved. In the meantime, too Sonic The Hedgehog will make its return to the cinema: the third episode of the film series has been confirmed, which already has a release date in theaters, namely December 20, 2024.