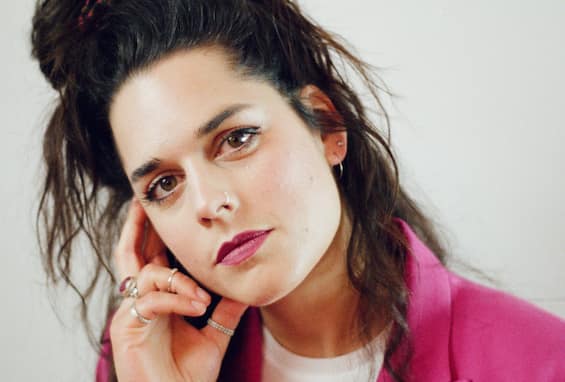 The video of No Wave is directed and edited by Margherita Cammelli for the Shed626 label. The work stems from the idea of ​​wanting to bring the main feeling of the song’s lyrics back into the images, namely nostalgia. Longing for someone or something. Nostalgia for places that we may have never seen, but would like to see. Emotions that we would like to experience but that not even a wave, despite always reaching the shore and a well-defined destination, could never make us feel. With Mattia Salvadori, producer of the song, we thought for a long time about what we wanted to come out of these images, what we wanted to communicate visually. Right from the start we were also very aligned on the aesthetics of the project. This time we weren’t interested in “telling” a story, and it wasn’t so intuitive to put the theme of the piece on paper. We gave inputs to Margherita, who immediately understood us, and together we set about developing everything.

We started from the idea of ​​a person, alone in his house/room, waiting for something or someone. We didn’t care why or where, the important thing was that the feelings of the protagonist and the song came out. Margherita also supported us with various original intuitions such as proposing to use an old projector and slides as the main elements of the video. Helping us to characterize and make even my most vintage tastes visible in some way. In each scene, I, who play the person in question, look at the projections with nostalgia, imagining that I am reminded of distant and lived (or perhaps never lived) times. We wanted to dwell on the expressions, on the details of my person, on many particulars, just to give little meaning to the surroundings, the context and the surrounding environment. For us it was very important to leave this kind of attention to those who will see the video. The work of makeup artist Serena Sbrana also played a very important role in this. As for the lights, we preferred to keep them almost “soft”, with lots of shadows and only bright strokes and bands to highlight only some areas. Very minimal, all exclusively artificial, also highlighting the fact that it is evening. This is because we wanted to immerse the viewer in an intimate feeling. It wasn’t easy to be able to visually bring out even the simple ideas we had in mind. In my opinion, one of the victories of the video is undoubtedly the framing. Margherita has made some details an integral part of the scene without overpowering the rest. For example, the presence of the projector is constant: it’s the edge of some scenes, it’s the reflection on my face in others, it’s the images projected onto me. Compared to the video clip of “Simply” everything is less left to chance, much more considered. Some things well planned and some came from insights on set. Even Margherita’s editing was by no means trivial. Since there is no story to tell (as in the video for “Simply”), looking for visual involvement was much more difficult. In the end we are not very satisfied with what came out, I think it reflects a lot the song, its nature, the project, I hope you will like it too!