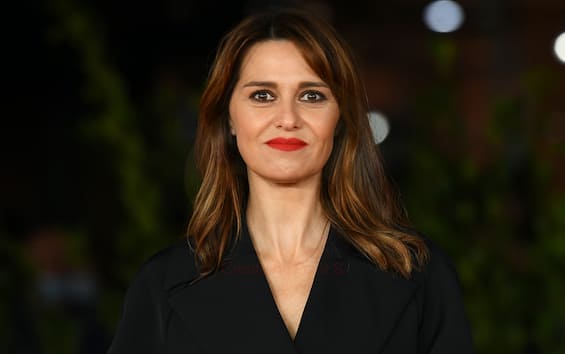 Fascinated by the protagonist of an American television series and his pet monkey, Paula Cortellesi dreamed of driving the truck. Years later, the artist may not have picked up the wheel of a truck, but he has lived even more varied lives: actress, impersonator, comedian, singer, screenwriter and director. Her last appearance, as herself, like guest stars in Call My Agent – ​​ItalySky Original remake aired from January 20 of the French cult series, which tells the vicissitudes of a powerful entertainment agency and the stories of the partners who manage the careers of the biggest stars of Italian cinema, in an ironic and irreverent journey among insecurities , the obsessions and secrets of showbiz.

At the top of this article, watch the VIDEO: “Paola Cortellesi guest at Stories”

The Roman artist, born in 1973 and raised on the outskirts of Massimina, he made his debut in show business at just 13 years old recording the popular song Wonderful cocoaabbreviation of Back All!historic satirical program by Renzo Arbore. “I went to high school and on TV in playback there was the beautiful Brazilian dancer on stage, I recorded that thing and then I probably went home to do my homework” she told Sky TG24. After completing his studies at the scientific high school, Cortellesi embarked on the path of actingwhich resulted in the beginning a theater It is in the radio debut alongside Henry Vaime. In 1998, the first performances came as imitator within the transmission Macau conducted by Dawn Pariettiwhile in the 2000s the success alongside the Gialappa’s Band thanks to the comic characters portrayed in Never Say Goal and in subsequent editions, conducted by Magician Forest. Those were the years of Vanette, irreverent half of the duet with Olmo (played by Fabio De Luigi), by Silvana, a curious correspondent from Live Life (also at the home of Alessia Marcuzzi), the foolish financing of Strozus, of Sharon, misunderstood voice actress of the Magic doll Trippy, of Stefania PrestigiacomoOf Daniela Santanché and many other unforgettable characters. In the same years, Cortellesi made his film debut as a co-star in the comedies of Aldo, John and James ask me if I’m happy And Do you know Claudia?: “I venerated Aldo, Giovanni and Giacomo as a spectator at home and watched all their sketches” she said. Protagonist of the video clips of The description of a moment of the Tiromancinotogether with the companion of the time Valerio Mastandrea (“I think I laughed a few times like those two days: it was the reproduction of the video of Sandra and Raimondo that I watched as a child, it was beautiful. I also caught a processionary allergy on the set”), and of Still here Of Renato Zeroamong the countless television successes Cortellesi then joined Gianni Morandi And Lorella Cuccarini in the variety One of us in 2002 and 2004 he co-hosted with Simon Ventura, Gene Gnocchi And Maurice Crozza the San Remo Festival. In the same year she starred in the film The place of the soul directed by Riccardo Milaniher current husband and father of her daughter Laura, played her first dramatic role in the drama in 2007 Maria Montessori – A life for children and in 2010 he shot comedy Males against females directed by Fausto Brizzi. Several times nominated for various film awards, in 2011 Cortellesi won the David di Donatello for the role of Best Actress in No one can judge me. In the same year he made his debut in the conduction of Zelig with Claudio Bisio and dubbed the Disney Pixar film cars 2 with Alessandro Siani and Sabrina Ferilli. In 2016 she shared the stage of the show Laura&Paola with Laura Pausiniin 2017 he scripted the film Like a cat on the ring road with Antonio Albanese and in 2020 he starred together with Valerio Mastandrea in Childrenlast screenplay written by Mattia Torre before her death (“One of the greatest losses from a human point of view for those lucky enough to love and know him and from an artistic point of view”) and appeared in the miniseries Petra. His directorial debut is expected soon There is still tomorrow.

As told to Vanity Fair, in middle school Cortellesi was targeted by some classmates: “They were always quick to tell me I was wrong, just how I felt. Reserved, shy, I called her: I must have seemed like a “strange” type. At recess we would get teased, pushed, slapped, while I just wanted to have fun. I remember those moments very well. It happens. Always, again, in every area and environment. With often tragic and senseless epilogues”. Relieved by her family and her older brothers, Cortellesi continued on her path, becoming her eighteen-year-old Snow White of Braccian Castleor (“to round it off, I was dressed like her for hours with my eyes closed in a cold display case undergoing the kisses of hundreds of children waiting for me to wake up”) and later one of the most beautiful Italian voicescompliment reiterated even by mine. Among the imitated characters, the artist envies above all the speech of Franca Leosini and the voice of Carmen Consoli.