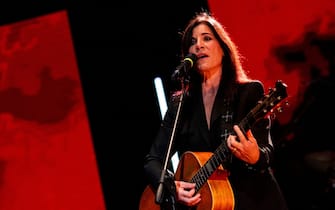 Paola Turci’s career begins in 1980, when she is noticed in a club by Mario Castelnuovo, thanks to which she has the opportunity to sign the first recording contract. Castelnuovo writes the piece for her The man of yesterdaywith which it presents itself among the new proposals of the 1986 Sanremo Festival

WATCH THE VIDEO: Paola Turci and Francesca Pascale get married

Paola Turci returns to Sanremo in 1987 and 1988, respectively with First tango And I will be beautifulwhich both earned her the Critics’ Award among the New Proposals

The fourth year in Sanremo is that of consecration: in 1989 he again wins the Critics’ Prize but above all he wins the Emerging category thanks to the song Children

Paola Turci, 5 curiosities you do not know about the singer

Paola Turci, the most beautiful songs

On August 15, 1993, while driving with a friend to a concert, she was the victim of a terrible road accident on the Salerno-Reggio Calabria motorway, from which she left with serious injuries, especially in the face. The right eye is saved only thanks to twelve surgeries while his face will receive a hundred stitches. Despite her trauma, Paola Turci decides to return to concert after a few weeks

In 1995 he released the album A skid and awaywhich is also the title of the leading single, written for her by Vasco Rossi

In 2002 he decided to rely on an independent label, and released the album This part of the worldentirely written and composed by her

In 2009 he published the novel With you beside and in the same year he hosted Radio Due’s Midnight, a nightly entertainment program

In February 2017 the Sanremo Festival returns with the song Make yourself beautiful for yourselffinished fifth, and in 2019 he is again among the big names with the song The last obstacle

As for private life, in the 90s Paola Turci was romantically linked to the tennis player Paolo Canè. In 2010 she married Andrea Amato, a journalist of R101, a marriage that lasted two years

Regarding her sexual orientation, she said: “I am a lesbian and also straight. Bisexual? Who knows. There is no evolution in labels. I am who I am, if I like a woman, I am with a woman”. At the moment she seems to be linked to Francesca Pascale, a former partner of Silvio Berlusconi. The two women would be close to the wedding