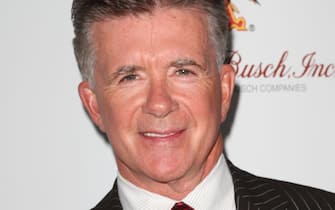 Alan Thicke: Missing from a heart attack in December 2016, actor Alan Thicke played the father of the family in Parents in Blue Jeans, Jason Seaver. After the sitcom he was the host of some TV shows and appeared in the TV series How I Met Your Mother

Romulus 2, the cast and characters of the new season of the tv series. PHOTO

Joanna Kerns: Ms. Seaver was played by this actress who recently turned 69 and is the younger sister of the Olympic swimming champion Donna de Varona. She has always worked for television and since 1992 she has also tested herself behind the camera as a director of some TV series such as ER, Grey’s Anatomy and This Is Us

Inside Man, plot and cast of the Netflix miniseries with David Tennant

Kirk Cameron: AKA Mike Seaver in Parents in Blue Jeans, Kirk Cameron was the girl’s idol in the 1990s. He married Chelsea Noble, his sitcom girlfriend, and in addition to working in the show writes religious lyrics and is a minister of the Baptist Church. Republican and Trump supporter until 2020

The Witcher, because Henry Cavill would have left the TV series: the indiscretions

Tracey Gold: Performing Carol Seaver, Tracey Gold was only 4 when she started making TV with commercials. She has struggled with anorexia nervosa since the age of 11 and today she always works as an actress but she is also very committed to raising awareness about eating disorders. Soon we will see her in the American show “Worst Cooks in America”

Blockbuster, everything you need to know about the new TV series

Jeremy Miller: After Parents in Blue Jeans Jeremy Miller didn’t have much luck as an actor. He did a few commercials, but was a victim of alcohol abuse for a long time even though he is now out of it.

The Watcher, the true story that inspired the Netflix TV series

Ashley Johnson: In the sixth and seventh seasons Ashley Johnson played the youngest of the Seaver family, Chrissy. She has continued to act in films and TV series and is also a voice actress

The Crown 5, the trailer for the new season of the TV series