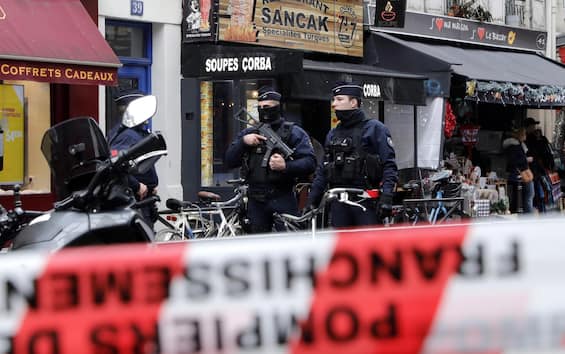 A xenophobic attack in the heart of Paris has caused at least three deaths: the victims are a woman and two men, all members of the Kurdish Democratic Council (Cdkf) of France, shot dead yesterday in the street in the center of the French capital. Three wounded, all males, one of which is in serious condition. After the attack, violent protests and scenes of urban warfare followed, including the throwing of objects and fires set in the street. To quell the protests, in the late afternoon, the officers in riot gear launched charges and tear gas. The demonstrators accused the state of not having sufficiently protected the Kurdish community and of having let the killer registered in a shooting center go free. During the clashes with the police, at least five officers were injured.

Who is the killer

The perpetrator of the attack, for now identified as WM, is a 69-year-old Frenchman who was immediately arrested: he had a serious judicial record. Already convicted of “racist armed violence” last year, he was released from the Paris prison of Santé just 11 days ago. Last December he had attacked a Bercy migrant camp in the twelfth arrondissement of Paris with a saber, injuring several people, two of them seriously. Pending the appeals process, he was granted probation. An element that has aroused poisons and controversies throughout the country. The killer was also known for another assassination attempt in 2016. Interior Minister Gérald Darmanin, who went to the crime scene mid-afternoon, said the killer “deliberately targeted foreigners”. According to the newspaper Le Parisien, the man would be “a pensioner of the SNCF”, the French railway company, where he worked as a “driver”.

The killer’s father: “My son is a madman”

The father of the perpetrator of the Paris attack, interviewed exclusively by M6, said of his son: “He is a madman, an imbecile”. He describes the retired former railway worker as “an introvert”, who “didn’t live like everyone else how many”. His gesture is that of a “crazy”, deplores the elderly parent still in shock. Released from the Paris prison of Santé just eleven days ago, his father and mother had welcomed him into the house with them: “Last night he played Scrabble with his mother, they were fine. She was happy and he too. We were like, ‘He’s going to get back on track.’” “My wife went out of her way to be nice,” she added. When she learned of what happened this morning she cried out, “Oh, no! He won’t have started again!”

It was a few minutes before noon when the killer went to rue d’Enghien, where he opened fire on a Kurdish cultural centre, but also on a restaurant in the same community as well as a local hairdresser. According to judicial sources cited by BFM-TV, civilians inside the coiffeur would have blocked and disarmed the bomber, wounding him. Then the police intervened. The investigators have opened an investigation into murder and voluntary armed violence as well as violation of the legislation on weapons. The National Anti-Terrorism Prosecutor’s Office (Pnat) also went to the scene, which for the moment has not deemed it appropriate to deal with the dossier, thus discarding the hypothesis of an attack.