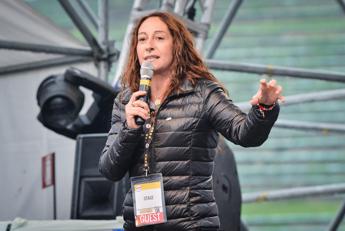 Space for new positions in institutions, parliamentary groups and ministries for the many party members left out of the race. And Lega also ‘compensates’ his own

The game for government appointments closed at the beginning of November, there is room for new positions in institutions, parliamentary groups and ministries for the many party members left out of the race. The case of the two former parliamentarians of the M5S, the former regent Vito Crimi and the former vice president of the Senate, Paola Taverna, which according to the newspaper Repubblica, would be about to sign a consultancy contract with the pentastellated groups of the Chamber and Senate, a sort of compensation after being the victim of the trap of the double mandate. “Will I have 70 thousand euros from my group? But I don’t know anything about it, today is Sunday, I’m a normal citizen who does something else on Sunday, and in any case the contracts have not been determined …”. the pasionaria Taverna tells AdnKronos. The former vice president of the Senate, historical exponent of the Movement cuts short: “I have not read anything, I do not know anything, I do not know what to say …”.


If in the M5S there are many who have remained off the lists of the last elections, with the sword of Damocles of the double-term rule, even in the League there was a run for cover, to make room for the many aspiring honorable (or undersecretaries), who were not candidates, with discontent that created quite a few disturbances in via Bellerio. The former classroom secretary, Marzio Liuni, senators Enrico Montani and Cesare Pianasso should take their places in the secretariats of the League-led Commission, between Montecitorio and Palazzo Madama.

Flavio Di Muro, former deputy of the eighteenth legislature, is on pole to act as head of the cabinet of Edoardo Rixi, at the ministry for infrastructure, led by Matteo Salvini, of which Rixi is deputy. In Via Arenula, at the Ministry of Education led by Giuseppe Valditara, Lega area technician, it seems instead that the former senator Valeria Alessandrini and Angela Colmellere, the first long ‘candidate’ to act as undersecretary, will take up a consultancy at the last nuance, and the second already deputy and member of the Montecitorio Culture Commission. For them figures halved compared to their pentastellated colleagues, Crimi and Taverna, given that here the consultancy would be worth about 35 thousand euros a year.