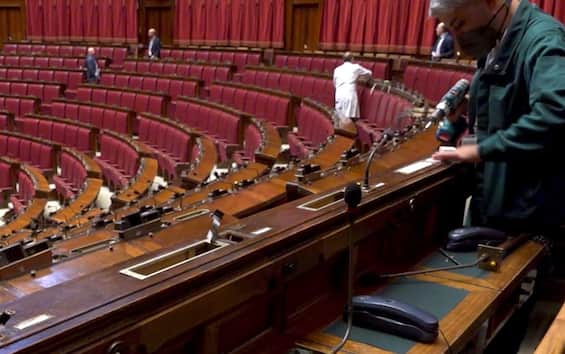 On Monday 10 October, the formalities for registering the parliamentarians elected in the elections of 25 September will begin in Montecitorio and Palazzo Madama. The inaugural sessions are convened on Thursday 13 October at 10.30 in the Senate at 10 in the Chamber

There are just a few hours left for the start of the nineteenth legislature after the political elections of 25 September. On Monday 10 October the formalities for the registration of parliamentarians will begin in the Senate and in the Chamber. The inaugural sessions are convened on Thursday 13 October at 10.30 at Palazzo Madama and at 10 at Montecitorio. (TOWARDS A NEW GOVERNMENT, FOLLOW UPDATES IN REAL TIME).

Among the main changes is the reduction of a third of the number of parliamentarians. In the Senate there will be 200 senators instead of 315, while in Montecitorio it will go from 630 deputies to 400. The new ‘tenants’ of Montecitorio will find in the Hemicycle designed by Ernesto Basile 400 benches equipped to intervene and vote and, unlike their colleagues outgoing, will have a greater availability of space to move, especially in the upper and lower part of the huge room. In particular, the positions of the last and the first row have been eliminated, and four seats will remain empty in each of the two sectors on the extreme sides and three in each of the remaining six sectors. In the last session of this legislature, the new digital voting boards have already made their debut, on both sides of the Hemicycle: they have replaced the old analogue boards with light bulbs.

The parliamentarians must present themselves at the main entrances with the convocation telegram and once the identity has been verified, the accreditation operations will begin, possible until Friday 14 October: acquisition of the photograph and handwritten signature, registration of personal data, communications relating to prerogatives parliamentarians, issue of the card for electronic voting and the activation code for IT services. The reception facilities will be set up in the Senate in the Sala Caduti di Nassirya, in the Chamber in the Sala del Mappamondo.