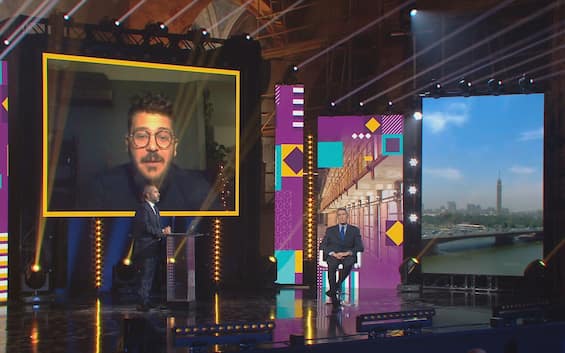 “I’m stuck here, I’m trying to do what I can, but it’s not a normal life. I would like to go back to Italy”. This is how Patrick Zaki, the young Egyptian student and activist arrested on February 7, 2020 in Egypt, released from prison in December 2021 and awaiting the new hearing of the trial that concerns him, spoke to the microphones of Sky TG24 on Live In Bergamo: “I wish I was there in person, but thank you for the invitation. I’m stuck here, I can’t go back to Italy. The process is continually postponed – he explains – I’m trying to resume my life, to connect with the University of Bologna. I’m trying to do possible, even if it’s not yet a normal life. I can’t make plans on my own, nor for the future. I’m waiting for something to happen, to be able to go back to university, to Bologna. I would like to go back to Italy” (LA DIRETTA DELLA FIRST DAY OF LIVE IN).

Zaki: in Iran young people are asking for freedom and rights

On the protests in Iran, Zaki explains: “Unfortunately I don’t know exactly what is happening there because I have not lived in that country, but from the testimonies of several friends I know I think the situation is critical. They don’t stop at the protests, they are going beyond: they want to oppose the conservative government. It is an important demonstration. They are asking for freedom, rights, they have hit the mark, they want to defend democracy and freedom”.

Stefanini: the Regeni affair is a boulder on our relations with Egypt

Ambassador Stefano Stefanini, ISPI senior advisor, explained the complex relations between Egypt and Italy: “There are things of common interest, but President Meloni has put the dots on the “i” on human rights such as Patrick Zaki. And Giulio Regeni’s story is a boulder on our relations with Egypt, who chose not to cooperate with us to resolve this case. Our relations had always been excellent with Egypt before – continues Italy she found herself quite alone and with limited European support, especially on Regeni. Something has changed now, but we mustn’t slow down our attention on Zaki: this is important”.

On the protests in Iran, Stefanini comments: “We are not in Iran and the news filter from those who are there. Time has elected Zelensky man of the year, but I would give the prize for heroism to the women who take to the streets in Iran at risk of hanging. They risk their lives for not wanting to wear a uniform they don’t want.”

Finally, on the Qatargate that hit the European Parliament, he underlines: “Metsola has only attacked the corrupt involved in this affair, but has not talked about the problem of corruptibility in the European Parliament. New rules are needed. There was an Achilles heel that it was evidently being exploited by someone”.

Premier Lithuania: inappropriate to say what Ukraine should do for peace

The Prime Minister of Lithuania Ingrida Simonité also spoke to the microphones of Live In Bergamo, speaking of Russia’s ongoing war in Ukraine and the prospects for peace. “Although there is a real war going on 400 km from our country, there are situations concerning our security which are different. They also concern NATO. It has been established that the Russian threat is real and NATO partners have massively increased the their commitment. Finland and Sweden have decided to join the Alliance, which has also changed my country and the region. This threat has also changed the views of politicians on military spending, it is important to strengthen the defenses of our borders”.

On the possibility or not for Ukraine to also recover the territory of Crimea, he explains: “It is inappropriate to tell Ukraine what it should do, it is they who have to decide what peace is for their country. Russia does not want peace. Russia is losing on the battlefield, so they want a ceasefire to make us accept what happened, the situation as it is now, and to buy time. I don’t think it’s right.”

On the dependence of European countries on Russia on gas, he underlines: “Dependence on a single supplier is not reliable. In Lithuania we have started an alternative process for gas to diversify, to avoid depending on Russia’s prices, on gas blackmail. “Russia has reduced supplies to Europe and this has implications for prices. But we in Lithuania are now definitely in a more comfortable situation because we started diversifying before Europe.” On the subject of security in Russia’s neighboring countries, Ingrida Simonité explains: “Our security situation has changed in a positive way. The war in Ukraine did not start in February, but it started in 2014 with the annexation of Crimea. Some countries they were skeptical about our state of alert, they said it was from our past, but in reality we had already seen this transition to a totalitarian regime. This is happening now. But Putin did not expect the attitude of NATO and the increase of military spending. He thought there would be division in Europe, but this didn’t happen. This showed how cohesive Western countries can be”.

Last chapter on Taiwan and the pressure from China: “It is a battle to decide what level of cooperation we want to have with Taiwan. What happened against us was an attack on the entire international market. Attacks on the common rules on trade cannot be tolerated He has also acted on this front in Europe”.

Quammen: we must be ready for the next pandemic

The writer and essayist David Quammen, author of books such as “Spillover” and “Breathless”, texts – the first in particular – which anticipated the arrival of the coronavirus, spoke on the topic of the global pandemic due to Covid. “We learned that the scientists were right, that there would be a pandemic brought by an animal virus to the market, and that it would be called coronavirus. The infrastructure was not adequately prepared. We learned to deal with the virus and now we also have the vaccine: we have to increase stocks”. And on intolerance for the containment rules now that the emergency has subsided, he underlines: “Everyone is tired of Covid, me too. But to say that the pandemic is over means that we shouldn’t be more vigilant against this virus. Instead, even the endemic viruses can be very dangerous against people. We have to be ready for new waves. One of them is about to hit China, there will be a peak in the coming months. At some point we will have to go back to distancing and masks, even if the part worst seems to have passed”. Finally Quammen looks to the future: “We must be ready for a new pandemic, which will be similar to a coronavirus or an influenza virus. But it will certainly be there. I understood that the Wuhan virus would be a serious problem on January 13, 2020, when the first alert came out: an alert service to which I was registered with the word coronavirus written on it”.