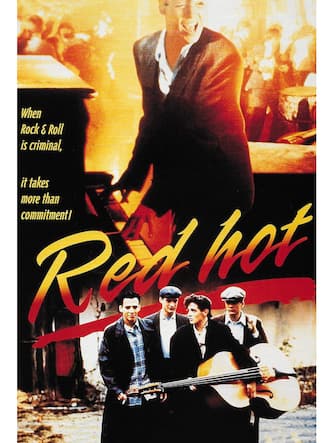 Paul Haggis made his debut in 1993 as a director with the film Red Hot. It is the beginning of a long journey towards success and many awards, including the most prestigious statuettes: the Oscars

In 2004 he directs Crash – Physical contact, of which he is also the screenwriter. The film earns 6 2006 Academy Award nominations, earning 3 statuettes: Best Picture, Best Original Screenplay, and Best Editing

In the same year he wrote the screenplay for Million Dollar Baby (in the photo, image from WebPhoto). The latter title won four Oscars: Best Picture and Best Director to Eastwood, Best Actress to Hilary Swank and Best Supporting Actor to Morgan Freeman. It earned over $ 216 million at the box office

In 2006 he wrote the screenplay for three great films: The Last Kiss, Flags of Our Fathers And Casino Royale (in the picture, Casino Royaleimage from WebPhoto)

In 2008 he wrote the screenplay for the film Quantum of Solacedirected by Marc Forster.
This is the 22nd chapter of the James Bond series produced by the film company EON Productions, starring Daniel Craig and sequel to Casino Royale (2006). The screenplay is signed by Oscar winner Paul Haggis, for his second James Bond film, flanked by Neal Purvis and Robert Wade who return for the fourth consecutive time as screenwriters of the 007 films and by Joshua Zetumer, for the first time screenwriter of a film in the series. Photo from WebPhoto

In 2010 he wrote the screenplay and directed the film The Next Three Days, an action thriller that tells the story of Lara Brennan, accused of killing her boss after a fight at work for which she is sentenced to life in prison. Photo from WebPhoto

In The Next Three Days the protagonists are Russell Crowe (who plays John Brennan) and Elizabeth Banks (in the part of Lara Brennan). Photo from WebPhoto

A timeless love, the series with Rose Leslie and Theo James kicks off on Sky. The trailer

John Brennan, a college professor, is convinced of his wife’s innocence. He will try in every way to get her cleared, however too much evidence is against her. Photo from WebPhoto

Russell Crowe: the best photos of yesterday and today

In 2013 he signed the dramatic-sentimental film Third Person. The film had its world premiere on September 9, 2013 during the Toronto International Film Festival. Photo from WebPhoto

The protagonist is Liam Neeson, in the role of Michael O’Leary. A writer who locks himself in a Paris hotel room to finish his latest book. Photo from WebPhoto