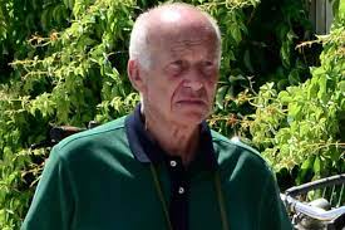 “Dem don’t start over from the existing where the dead eat the living, new Epinay is needed”

“The Democratic Party must dissolve because it constitutes an impediment to a new constituent of the left. In France, the socialist party was not reborn from an offshoot of the wrecked SFIO (French Section of the Workers’ International – ed), but from the radical rupture that Mitterand made with the Epinay congress, from which another political beast was born”. ‘Adnkronos Fausto Bertinotti, former secretary of the Communist Refoundation and president of the Chamber, who takes his cue from a recent speech by Achille Occhetto: “He has always been a generous political leader. In my opinion, however, he walks through a new illusion. Because his reasoning, which insists a lot on values, is not formed on a material analysis either of the processes or of the political subject”.

“First of all, we must ask ourselves why the hypothesis in which the PDS was born first and then the Pd failed so blatantly. Certainly – analyzes Bertinotti – the responsibility, the errors of the management groups have had an impact, but there is something more. And it is the fact that
the whole cycle that we can call post-communist, post-socialist, which wanted to put the twentieth century behind it, grabbing the new by the tail, has failed
and ended up devouring

. This is the first consideration:
one cannot think of reviving the left without a radical discontinuity with the whole cycle that followed the end of the communist and socialist party
. This cycle – urges the politician – must be radically questioned,
because that’s what led the left to simply be a government force
;

and because it replaced the paradigm of governability with the idea of ​​socialist transformation”.
“Without this fundamental rupture that goes to the root of the interpretative error with which the Italian left reacts at the end of the twentieth century – he remarks – there is no way to rise again”.

According to Bertinotti, what needs to be investigated is the material constitution of the Democratic Party: “There are moments in history when it must be recognized that the subject of which we speak has become irreformable: this applies to big stories like that of the Soviet Union, but also to small stories, parties”. The practice is not negligible, “the fact that the Democratic Party was the government party, connoting in this sense the groups leaders, ways of being, the construction of the party, the cancellation of the cultural agendas that animated the previous history of the Italian left. Here because
in order to have credibility, the Democratic Party must come out of that fence and start over, not from the existing one, because in the existing the dead eat the living“.

For the left according to Achille Occhetto “it is more difficult than for the right to speak simple because we know the complexity”.

What do you think? “It’s not true, indeed the left has had an extraordinary keystone in that foolishly demonized thing which is ideology
.
When the socialists and communists enlivened the country’s history they did so: with a mass relationship that everyone knows: social settlement, parties, trade unions, cultural organizations, magazines, newspapers, an enormous network; and with an ideology, an interpretative key to the world. It is the interpretative key that allows you not to trivialize interpretations but to explain difficult things in a simple way. If you want to make people understand what capitalism is, precise terms are used, such as ‘masters’. Do you see the story as clear? Is it a simplification? No, it’s an interpretative key: even with a single word, one enters a world”.

“The left – concludes – it’s not complicated, it’s confusing. The problem is its renunciation of being an opposing force
“. “The theme is there. At the conclusion of the Epinay congress, Mitterand addressed the assembly of socialist splinters and French traditions and said: dear comrades, let anyone who is not against capitalism leave this room. Thus something is founded. With radical choices, not with generous speeches”. (by Roberta Lanzara)