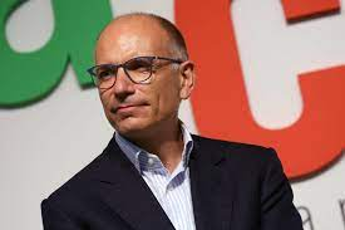 “I come out even more in love with this party.” The passing of the baton in the meeting to the 4 candidates for the secretariat. With one piece of advice: “You can’t just think about internal balances”.

The last speech as secretary in front of the Pd assembly. Enrico Letta takes his leave and leaves the baton to the 4 candidates for the secretariat who listen to him in the audience of the Antonianum in Rome. A greeting between bitterness and pride. With an appeal to those who will come after: “Unity comes first”. And a note with advice: “The main legacy is the strength to change one thing, complicated: the secretary of the new Democratic Party cannot spend the whole day putting all his energy into a composition of internal balances”.

“This -says Letta- was a tough period for all of us and for one of the toughest in our history in particular. It is right that whoever led the party to the electoral result remained to lead this phase, a phase in which, after an electoral defeat, they only take blows… And that’s what I agreed to do, I’ll do it to the end precisely to allow you 4, I’m referring to the 4 candidates, to resolve what we are and relaunch our history and rewrite a new one”.

it was right to hold on to get this far, generosity I keep to myself

On the timing of the congress, Letta observes: “I too would have liked the congress to have been quicker, but in the end it was better this way. Because there is always a tiring time after a defeat. Had we had a new secretary in November, he would have had anyway the wind against. Now the blow has been absorbed and on February 26 we will be ready to leave again”.

Then a ‘private’ passage, a personal mention of the last few months: “It was right to hold on and get here today” but “I’ll keep my bitterness and generosity to myself”. Letta jokes: “I will not found a new party …”, alluding to ex-secretaries such as Pier Luigi Bersani and Matteo Renzi who have founded new parties.

“We are a living community” and “we have a great responsibility, to change the government’s line on many wrong choices, and build the alternative. I tell the candidates, talk to each other, the future of the party depends on your ability to build languages ​​that allow you to be different but to understand each other in the essential moments”.

there was an attempt to replace us and it failed – thanks to Prodi, Mattarella ‘pole star’

Also because, he continues, “the secretary of the new Democratic Party cannot spend the whole day putting all his energies into a composition of internal balances and then, at the end of the day, with his residual energies, think about what to say to the Italians. The secretary he must have the time, starting in the morning, to work on what to say to the Italians. It’s fundamental”.

Letta underlines: “We must live the sense of unity and respect among us, which comes first. The strength of our party is irreplaceable for Italian democracy. The alternative to the right, in Lombardy and Lazio, we have put us on the field. There was an attempt to replace us. The attempt to replace the Democratic Party failed”.

And finally the ‘greeting’. “It has been an honor for me to serve this community as secretary. Thank you all for having granted me this honour. I want to give special thanks to a person I have always felt close to, Romano Prodi”, says Letta who at the beginning of the speech had greeted the president Sergio Mattarella who “has been my guiding star in these two years” as secretary. “Now forward all together to support the new season which opens on February 26”.