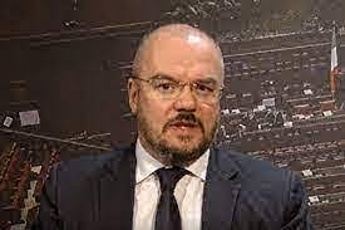 The new senator and member of the secretariat Letta: “They are the avatars of D’Alema and Renzi. Every wink weakens us. Pd first opposition party. We are not anyone’s followers”

“Yes, we lost. It is right to open a reflection. But with clarity and coldness. Without exaggerating with apocalyptic declarations and without the pride of personalism …”. Enrico Borghi, new Pd senator and member of Enrico Letta’s secretariat, thus speaks to the Adnkronos about the debate that opened between the dems after Sunday’s vote between congress, the hypothesis of dissolution or change of the name of the party and the flood of candidacies for the secretariat. “We won? No. But we just got millions of votes and what do we do, we dissolve? We are the first opposition party and the second in Parliament. To say that we are annihilated and put on the habit, even no …”.


Senator Borghi, you push the Pd pride but your colleagues already seem divided between those who look to Conte and those to Calenda, even before opening a reflection on your party. It is not so? “Open a discussion that immediately launches on who wants to be with Calenda and who with Conte, plays the game of others. I tell my colleagues: let’s not win now, who wanted to kill us and didn’t succeed. inside a deadly pincer “.

Would the pincers be Conte and Calenda? “In these elections there was also an internal competition in the coalitions that saw the Democratic Party foil the operation of Conte and Calenda – avatar of D’Alema and Renzi – which had a specific objective: to make the Democratic Party end the party French socialist. And they doing Melenchon on one side and Macron on the other. But they didn’t succeed. Let’s not let them succeed now. ” Isn’t it going to end that we run out of a split? “The splits have never led anywhere”.

we are the first opposition party, we are not anyone’s wingmen

Senatore Borghi, you are very hard on Conte and Calenda. But shouldn’t we organize together as an opposition in Parliament? “The opposition can be done in many ways. We do not have to be anyone’s gregarious. Neither of Conte who lost more than 6 million votes. Neither of Calenda who had as objective to go above 10% and remained well below. His attempt against us was unsuccessful, he continues to attack us every day but sooner or later he will have to make peace with life … “.

“Every yielding, every wink means weakening us. We must defend the original idea of ​​the Democratic Party against Conte’s maximalist Peronism on the one hand and a center ready to revive the worst seasons of Italian transformation, behind the reference to Macron there are those ready to all seasons … We must not fall into this trap “.

The Democratic Party also seems divided on the timing of the congress. Letta wants it as soon as possible, the left asks for longer times. When will this congress take place? “It is a discussion that I find surreal. From the Statute we already have the congress set for the first months of 2023. But what are we talking about?”. But was Letta right to summon him? “Of course. After a defeat it is an assumption of responsibility, of him and of all of us, to call our biggest appointment to open a real reflection without dismissing the problems”.

no more emergency governments, if Meloni falls you go to vote

But we are talking more about candidates than ideas at the moment … “The referendum on names is a shortcut. Candidates can only be the offspring of a political project. what is the Democratic Party today, first of all “.

“In recent years we have gone too many times to the government as civil defense. But after the firefighters have put out a fire, their uniforms are no longer recognizable because they are covered in soot. Here this is a bit like what happened to us . So we are in the opposition and we work on a proposal to win the next elections. And if the Meloni government goes upside down for any reason, the word goes back to the Italians. For the Democratic Party, the season of emergency governments, of national unity is definitively over “.