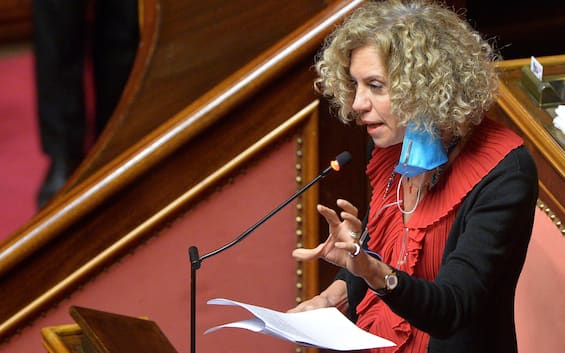 Thus the senator announced, during a press conference held at Palazzo Madama, that she had accepted the candidacy proposed by the Democratic Party and for which she had strongly protested in the past few hours.

“I think it will be a difficult, complicated battle, but one that is perhaps worth fighting to save Italy from obscurantism and fascists. And despite all the mistakes made, I believe it is still worth voting for Pd ”. So Monica Cirinnà announced, during a press conference held at Palazzo Madama, that she had accepted the candidacy proposed by the Democratic Party and for which she had strongly protested in the past few hours. “Being re-elected to the Rome 4 college will be a very difficult battle. I will do my battle and I do it because so many people have asked me to reconsider, ”explained the senator.

“It is not afterthought out of interest, it is love for the community”

“Cirinnà goes to a boarding school that is a loser, without a parachute and without us telling him …”. These are the words with which Cirinnà, champion of LGBT rights, then summarized the choice of her Pd on her candidacy. “The uninominal Rome 4 contains territories for which I am not suitable”, the senator said again referring to the many messages of support received. “I read tiger eyes chat, I take them out, but I do it only for them, for a community. Fighting as the last of the gladiators is the only way to not escape the battle. It is not an afterthought dictated by interest, but by love and respect ”, she stressed.

“The courage to fight”

“I do it with anxiety”, Cirinnà declared again, confirming his reverse. “For none of us it’s nice to take a leap in the dark but I do it to show that you can only return to Parliament if you have the courage to fight and even if I won’t be recognized by my party, it doesn’t matter. is that people remember it. If having tiger eyes means this, then I will not abandon those who feel alone. Loneliness is a very bad evil and I think that the Democratic Party can do it, even in the face of complicated and difficult surveys ” , the senator said. “To believe that only some senators can be defenders of the Constitution in a comfortable and armored boarding school, I think it is a mistake”, concluded Cirinnà. “I have been defending the Constitution for almost 10 years here in the Senate. Nobody has a pedigree to defend the Constitution and others don’t. The Democratic Party has chosen to protect some people and leave others to fight, despite, first, I had decided not to do it and I do it because so many have asked me to reconsider “.