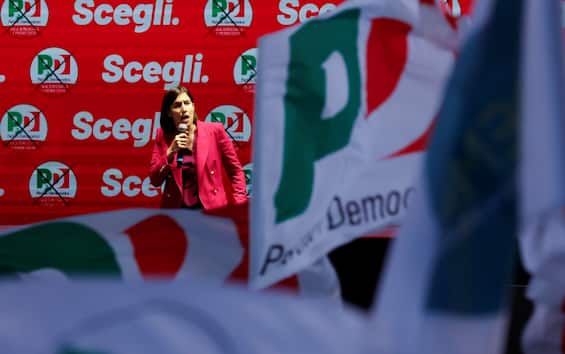 In an interview with Avvenire, the candidate for secretariat talks about the three challenges on which, in her opinion, politics has lagged behind

For the candidate for the dem secretariat, Elly Schlein, the time has come to “decide which identity to give to the Democratic Party” and in an interview with Avvenire she talks about her idea of ​​politics which revolves around three concepts: “social justice, climate, work ”. Meanwhile, for days in the Democratic Party we have only been talking about dates and online voting. “My proposal on online voting – declared Schlein – is a complementary proposal to voting in gazebos, to give one more tool, because if we look at the dramatic figure of record abstentionism in policies, which coincides with the poorest classes, we risk seeing less and less participation from the most fragile groups”. For Schlein, every tool that can broaden participation should be considered with great attention.

Reflection on the new poor

In Elly Schlein’s Democratic Party, issues such as the minimum wage and equal leave remain central.” On the one hand we must intervene with a law on representation as the unions say – he specified – on the other hand, however, to say that below a certain threshold it is not work, but exploitation. We must pay close attention to the new poverties. I was struck by the sketch of the new poor drawn by Caritas during the pandemic: an Italian woman aged between 30 and 40 with two children. The answer cannot be to remove the citizen’s income, which is the only tool to fight poverty. Improving it yes, but we must avoid sliding another million people into poverty”.

The importance of renewable energies

And speaking of the climate, she focused on ecological conversion: “We must be able to invest in renewable energies, which are the only energies of peace, because it is not by changing our dependence on Putin’s fossil sources to those of someone else that we manage to a leap in quality, also to safeguard democracy and the protection of human rights” According to Schlein “a great expectation has been betrayed in recent years. The very concept of integral ecology is a critique of the neoliberal model pursued in recent decades, which has increased inequalities and consumed the planet at the same time. All democratic-progressive cultures must confront this. That model has increased poor work in Italy and this majority does not want to address the issue. Indeed, the maneuver affects the poor rather than poverty. Fixed-term contracts and vouchers go in the opposite direction to give protection to the younger generations. And precariousness affects the drop in the birth rate. I’m not saying it, Istat says it”.

A model of widespread hospitality

Schlein also spoke on the issue of migrants: “I have dealt with migrants in Europe for a long time. From the Dublin reform, to the defense of a widespread reception model, which is the only one that guarantees true social inclusion of people arriving in Italy, greater transparency on the management of funds and community involvement, unlike that approach emergency that has not been able to guarantee social integration services and lends itself more to infiltration of economic interests, if not organized crime”.