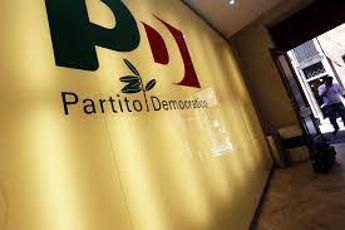 “We do not want an early vote”, Enrico Letta clarified yesterday after a few days of rumors about the intentions of the dem secretary. In the meantime, however, the Democratic Party is preparing: even going to natural expiration, the policies are just over a year and a half away. And it prepares itself starting from the analysis of the vote to the last administrative ones. And also of the ‘no vote’, since almost one in two did not go to the polling station. The topic was addressed today in a closed-door seminar at the Nazarene, organized by Gianni Cuperlo, which was also attended by the secretary Enrico Letta.

The seminar analyzed the electorate according to gender, age, educational qualification, profession. With several confirmations, some new data and a possible direction of travel. The ‘hole’ in the dem electorate mainly concerns two categories, as emerges from the slides of the seminar, elaborated by Ipsos: workers and housewives and the 35-49 age group. 18.4% of young people between 18 and 34 vote for Pd. A figure that has risen compared to recent years. “On the young players there was a partial recovery that had been missing for some time”, observes Cuperlo speaking with Adnkronos.

However, since it then drops to 14.6 between the ages of 35-49: the so-called Generation X, that of those born between the 70s and 80s is the one that gives less confidence to the dem, while the party that votes the most is the League. Then 18.9% in the 50-64 age group and finally there are the over 64s, they are the ones who vote the most for the demos: 29.1%. The Democratic Party is the most voted party in that age group.

In terms of qualifications, the Democratic Party is the most voted among graduates and graduates while Lega and Fdi among those with a lower qualification. Another fact, already known, is the greater strength of the Democratic Party in the cities compared to the smaller centers, in the center compared to the suburbs where, however, the figure for abstention was higher. The case of Milan was analyzed, here in the administrative offices the profile of those who abstained corresponds to a low level of education and prevails among employees and the unemployed.

As for the vote divided between professional categories: here the difficulties of the dem are very evident between workers and housewives. Only 9.1% of the workers vote for Pd against 19.8 for Fdi and 30.9 for the Lega. “On the workers – Cuperlo comments – we must focus not on a generic social question but on very concrete daily needs that the pandemic has already exasperated”.

Who instead votes the Democratic Party more? Two extremes: students and retirees. 39.3% of students vote for Pd against 20.7 for Lega and just 9.4% for Fdi. While 31.9% of retirees choose the dem, Fdi follows with 18.5%. Another category in which the Democratic Party beats other parties is that of employees and teachers. As for the other political forces, the League is voted above all by workers and housewives. Fdi by the self-employed, while the 5 Stars by the unemployed and Forza Italia among entrepreneurs.