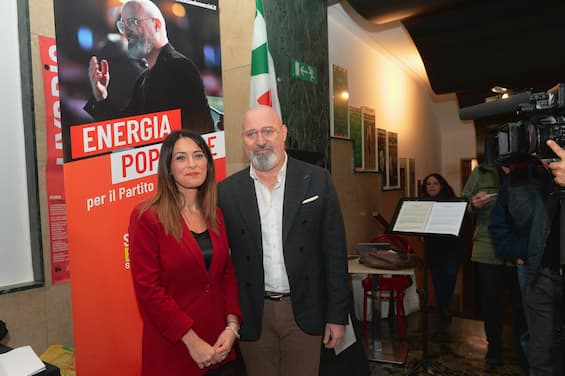 The governor of Emilia Romagna, a candidate for the secretariat of the Democratic Party, presented the ticket with the MEP yesterday evening

Fighting and pedaling. These are the two keywords for the race to lead Stefano Bonaccini’s Pd. He tested them in recent days, to then use them to make an important announcement: “Pina Picierno is a fighting woman like me. For a tandem able to pedal hard on any route, even the toughest. Like the whole team that we are defining together”. The opportunity to launch the duo race with the vice-president of the European Parliament is a meeting at the Roman theater of Vascello. Picierno is a woman, young, from the south, politically engaged at a European level. Traits that affect that Pd that Bonaccini would like to rebuild. The appointment serves to launch the tandem: if Bonaccini wins, Picierno will be deputy secretary. But it is also used to talk about legality, the fight against the mafia, Qatargate.

The meeting is also an opportunity to understand who is with whom. In the room is Marco Meloni, coordinator of the Pd secretariat and Enrico Letta’s right-hand man. There is the deputy Claudio Mancini, very close to the mayor of Rome Roberto Gualtieri. There is Dino Gianrusso, the former hyena and M5s. There is Piero Fassino, from Area dem, the current led by Dario Franceschini, who however is with the other candidate, Elly Schlein. In short, one more demonstration that in this congress the teams mix and mingle. Bonaccini reserves the most decisive words for Franceschini. “He has the right to support whoever he wants and I, who am 55 and have never been a parliamentarian, have the qualities and age to be secretary”.

Then a lunge without targeting anyone in particular, but to target many: “It can also be useful by returning to the bench after having been at the highest level, because there are also many people in the Democratic Party who have been lending a hand for decades without ever have asked for nothing. If I become secretary, I guarantee the primaries for the candidates.”

For the rest, fair play: “I send a greeting and a hug to Schlein, De Micheli and Cuperlo – says Bonaccini – From me you will never hear a disrespectful word, but only friendship and affection”.

Bonaccini proposes an “internal self-regulation code” for the Democratic Party and “transparency actions” for the European Socialist Party and the S&D group. Picierino, in the European Parliament, Qatargate saw it up close, while remaining outside it. He recalls that “the Democratic Party was not born with the principle of moral superiority over others, but with the principle of morality as an essential instrument of credibility of the institutions, but also personal. Those who try to dishonor the institutions will not find a place in our democratic community”.