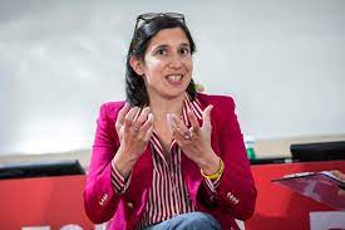 Bettini: “Orlando is more authoritative but the proposal from Mayor Pesaro is good”. Elly launches an initiative on Sunday in Rome and denies the rumors of his possible withdrawal from the race

The grid of candidacies and the movements of the Pd components. The picture is gradually taking shape. Stefano Bonaccini and Paola De Micheli are already on the field. Elly Schlein’s race could be officially announced on Sunday. The new dem deputy convened an initiative at the Monk in Rome and today she denied the rumors of her possible step backwards: “Baseless news”, she writes on twitter.

Rumors related to the fact that the deployment in support of his candidacy may be less extensive than expected. The perplexities of part of the left Pd, including Andrea Orlando, are known. In recent days, the Enzo Amendola hypothesis had arisen. In the last few hours, an orientation on Matteo Ricci seems to be taking shape. Goffredo Bettini says to Open: “On the left there is an ongoing reflection, which starts from the evaluation of the platforms of the candidates already in the field. At present, the ideas proposed by Ricci seem to me the most convincing. We will see the developments; also why not it seems to me at all that Orlando has walked out. I continue to think that he would be the most authoritative candidate”.

The mayor of Pesaro and coordinator of the dem mayors yesterday presented Bettini’s book and received words of appreciation from the author. Ricci has not yet officially dissolved the reserve: on Saturday he held a press conference in Rome and did not run as a candidate on that occasion, postponing another appointment in December. On stage, in the Pd San Giovanni section, there was the Roman deputy Claudio Mancini, close to Roberto Gualtieri.

As for Orlando, which Bettini still tries to keep on track, yesterday he praised Ricci: “I appreciate the approach that Matteo Ricci has put in place because he has tried to characterize himself starting from the problems of the country and not in a purely internal dynamic. Al moment is the one that, in my opinion, has made the most consistent effort”. While today Nicola Zingaretti relaunched a tweet from the mayor of Pesaro critical of Carlo Calenda after the meeting with Giorgia Meloni.

If Lorenzo Guerini’s Base Riformista, together with Matteo Orfini’s Young Turks, is oriented towards Bonaccini, the dem left could therefore converge on Ricci. The unknown factor still remains on Dario Nardella. The president of Anci and mayor of Bari, Andrea Decaro, invites us to join forces. In favor of Bonaccini, the subtext. And the president of Emilia Romagna, not surprisingly, asked Nardella for a meeting last Saturday after the initiative at the Quattro Fontane in Rome organized by the mayor of Florence, which was attended by numerous Pd administrators from Matteo Lepore to Michele Emiliano.

Meanwhile in the Democratic Party we move. A ‘Labour Manifesto’ was published today in the Foglio, promoted, in view of the constituent assembly, by Marco Bentivogli, Filippo Barberis, Federico Butera, Stefano Ceccanti, Maurizio Del Conte, Giorgio Gori, Pietro Ichino, Marco Leonardi, Valeria Mancinelli, Enrico Morando, Umberto Ranieri, Tommaso Nannicini, Carlo Salvemini, Giorgio Tonini, Lucia Valente, Silvia Zanella. The promoters have made an appointment for a day of discussion on 7 December in Rome. In December, the young people of ‘Coraggio Pd’ should meet again, as announced by Brando Benifei at the last assembly in Rome. It could be the occasion for an ‘endorsement’ and the bet is that of a possible, but not obvious, support for Schlein. It still remains to be understood what will be the choice of Dario Franceschini who, for now, remains silent.